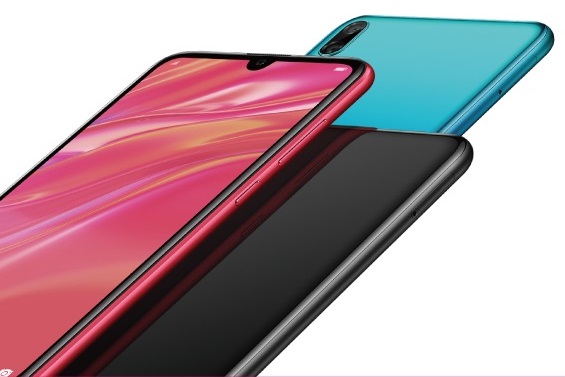 When you set your eyes on Huawei Y7 Prime 2019, you may think for a moment or even several moments that you are seeing one of the top end premium devices. This is because the screen and the finish of this device is mwa – beautiful. The screen and the colours are rich. The feel in the hand is majestic, and here we are not even talking of a mid range device like the Huawei Y9 2019; but a low budget smartphone that in many respects than expected, delivers more than mid range services for phone, Internet, and gaming utilities. Mind you, these amazing services are delivered by a phone that costs a mere Kshs 17,999 or Kshs 18K if you like (after all no retailer gives back the 1 shilling change to anyone). Over the past three weeks, we have spent a significant amount of time with the phone and here is our verdict.

Get the screen wrong in a smartphone and you’ve already messed up. No one knows this like Huawei, where even in low budget devices they endeavor to provide functional yet beautiful screens. This can be attested by the move to abandon the now standardized notch (which apparently everyone including Samsung is abandoning) to their DewDrop Display. The DewDrop display is a display on The HUAWEI Y7 Prime 2019 which is 6.26 inches, featuring pearl-shaped notch –  the smallest Huawei notches to date. With this notch, the screen is maximized., enabling the best video and gaming experience possible. Intricately placed in the middle of the device, the dewdrop notch does not disrupt the symmetry of the frontal view, making the display easy on the eyes.

The screen itself is of an IPS LCD capacitive touchscreen capable of 16 million colors, and the  6.26 inches having the DewDrop means it’s screen to body ration as topped 80% compared to the 76.3% we saw in  the 2018 version of the same phone. The resolution however of the phone is generally the same because even though the 2018 version had 1440 vertical pixels, this year’s version pixel count has gone up to 1520 pixels but that’s because the phone has become a lot taller due to the 19:9 aspect ratio compared to the 18:9 aspect ratio of the 2018 version. This means that the pixel density has remained at 269 ppi.

If there is one thing that Huawei Y7 Prime 2019 is boasting about is its AI powered cameras. The integration of AI in the phone’s camera has been done with the philosophy that when a AI is integrated in a smartphone, it gives the phone the ability to understand the needs of the user better, serving it in a more customized fashion as opposed to simply presenting it with impersonal, bland features. Thus owners of HUAWEI Y7 Prime 2019 will discover the amazing abilities the phone’s cameras, both rear and front.

The rear camera for example recognizes objects across 22 different categories, from everyday life scenarios. Once an object is identified, the camera automatically adjusts its settings to be able to capture the object as accurately as possible. Point at a dog or a beach, and allow the camera to identify it and tweak itself accordingly to give you the object in the right color and perfect hue and saturation. Use it to experiment photography on different scenery and animals, and maybe even a waterfall, and see the results. There will be no need for you to edit the image afterwards, as it’s already been captured right. The rear camera HUAWEI Y7 Prime 2019 comprises 13+2MP dual cameras, while the front one is a 16MP camera. The primary rear camera is a 13MP one with a wide aperture of f/1.8 with 16 virtual f-stops (supporting f/1.8-6) to provide granular controls over depth of field effects. Whether you are looking to take a portrait with clear separation between the primary object and background through the use of a shallow depth of field effect, or a landscape photo where every object in its field of view is clean and crisp, the camera won’t disappoint. Moreover, the camera can capture 50 percent more light information to produce clear nighttime photographs at high clarity and low noise artifacts. When Night Mode is enabled, the device digitally stitches together four photos taken in quick succession to produce an output that is both clean and full of details. A similar method is also used for its HDR Mode where the device combines three images into one for improved color vibrancy and backlit performance.

These specifications make the HUAWEI Y7 Prime 2019’s camera one of the most powerful in its segment, giving you the possibility to discover and immerse yourself in the world of photography through your smartphone without having to splurge on flagship devices. In 2019, there is absolutely no need to own a smartphone that doesn’t provide you with great image quality. Whether you’re the type that likes to document their daily life or just a photography enthusiast, there is no need to compromise camera quality even when you’re on a budget. So if you’re on the lookout for a new smartphone, make sure its camera includes all the necessary features including Artificial Intelligence (AI). AI, which stands for Artificial Intelligence is basically a software used to describe human cognitive functions such as thinking, learning and problem-solving undertaken by machines. In the case of smartphone cameras, it means performing the job of a professional photographer, as they have the experience to identify the object to be accentuated in a scene and adjust the camera settings such as exposure, saturation color depth, etc. accordingly.

For Kshs 17,999 only, and by the virtue that you can actually buy the phone in installments of Kshs 2,700 only per month for 12 months through Lipalater, makes the phone one of the most affordable low budget smartphones in the market today. And not only for that reason, but also for the reasons of the features that it packed. We have already seen the beauty of the screen, and AI powered cameras. The phone also comes packed with high capacity battery (4000 mAh) that can last up to 48 hours under normal use. – a fast charging battery.

On Banks’ Lending Capacity: They Don’t Need Your Money