We know banks to be reservoirs which hold money. In return, they earn by charging service fees. As such, you don’t have to scratch your head trying to find a safe spot to stash your money. After depositing your money, banks can determine how much they can offer as loans to people with immediate needs.

You can also view banks as bridges which link borrowers and savers. If you think of it, banks do act as middlemen.

However, this notion can mislead people into thinking that financial institutions need your deposits for them to issue loans.

The explanation above displays a picture where banks rely on customers’ deposits to fund their lending activities. Therefore, for banks to create more loans, they’ll need more deposits, which in turn forces them to attract new customers. In short, the higher the deposits the more loans they can offer.

However, banks enjoy fractional reserve banking which is a multiplier theory. This is how it works.

In this system, a certain amount of money must be in cash or held as deposits at the central bank. The reserve requirement specifies the amount of this money and its vice versa shows how much a bank can lend to borrowers.

For example, if a bank’s reserve requirement stands at 10%, its multiplier is 10. This means the bank can lend no more than 10 times its reserves.

Therefore, from these revelations, a bank’s lending capacity doesn’t altogether depend on its ability to create new deposits, rather by the monetary policies imposed by the central bank. These policies determine if a bank can increase its reserves or not.

However, monetary policies may restrict banks from increasing reserves, thus the remaining avenue which banks can exploit to expand their lending portfolio is by securing new deposits. This means banks may, after all, need your money so they can create new loans.

While a huge percentage of money is in deposits, it’s not the savers who create them. Instead, it’s the banks who do so by extending loans. According to Joseph Schumpeter, banks “create new credit” through deposits during lending. This is different from saying they extend the same deposits as loans by the savers.

In a loan process, a bank will have two factors to deal with when reconciling their balance sheet. The assets and liabilities. Banks consider loans as assets which they can offset after receiving a new deposit, which they consider a liability. In light of this, loans can create new deposits.

At this point, after seeing how private banks can create money, you might counter with the argument that the central bank is the sole body mandated by the law to create money. On one hand, this is true. One of the limiting factors to lending from banks is the reserve requirement.

If the central bank doesn’t allow flexible reserve requirements or allow banks to expand their reserves, then this will clip their lending capacity.

On the other hand, these requirements don’t exclusively restrict the banks’ lending ability, nor does it hamper their money creation activities. On the contrary, banks will seek reserves after extending loans. You can read more about this fact here where the former senior vice president of the New York Federal Reserve Bank explained.

European Central Bank Vice-President, Victor Constâncio, gave a speech in December 2011 explaining how banks first make their credit decisions and then look for funds and the central bank’s reserves later on.

What Affects the Banks’ Lending Ability?

The reserve requirement doesn’t affect the banks’ ability to lend, so what does? Let’s look at this from two perspectives.

The first is, of course, profitability. Banks will always consider the borrower’s history before lending money. If the pose a huge risk to them, they won’t extend the loan. This means a lost opportunity to make profits. In addition, banks will also consider prevailing market trends. What is the demand like for specific private funds with nation 21 loans at a given time?

Speaking of risks, they form the second perspective. The government secures deposits by insuring them; therefore, banks may feel the need to take on more risks than is required while lending. For this reason, the government puts a cap on the extent of risks banks can take.

This is why banks must have a specific ratio of existing assets to capital thanks to regulations touching on capital requirements.

These revelations then serve to show that the banks’ lending ability is constrained by its capital muscle and not the reserve requirements. Nevertheless, risk-weighted assets form the baseline since capital requirements exist as a ratio. As such, these assets are at the mercies of human risk judgment.

Combine this with the ever-hungry, profit-making banks and you can see the likelihood to underestimate the risks some of the assets may pose.

The only hurdle standing between the banks and their lending ability is their profitability. Therefore, while they may not need your money to lend, they want it to make profits to sustain their lending. The reserves come last after lending money as explained in this article, but they still stock reserves.

One of the ways is by attracting new clients since it offers a cheaper way to fill their reserves. The other way is by borrowing from other banks, which is an expensive alternative. The prevailing fed funds rate stand at 0.25 to 0.50%, which is higher than the 0.01 to 0.02% the Bank of America issues on a checking deposit.

Again, this brings us back to the first argument. That banks don’t require your money. The only reason they come to you is that it’s cheaper for the bank to borrow from its client than from fellow banks. It makes sense, doesn’t it? 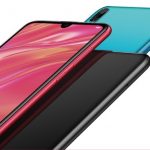 IMO -How can I compete at Class 5 IMO