It must be MPESA that is responsible Kenya’s economic stability since 2007. Let me explain:

It can be confidently argued that Kenya experienced her worst economic moments during Moi era. People were poor, opportunities unavailable, and the economy was growing at negative percentages. If Kenyans did not rise up to kick out Moi and his bad leadership in 2002, Kenya today could have ranked the poorest failed state globally.

But it wasn’t during Moi era that the country experienced the worst of man made and natural disasters. Other than a few Post Election Violence in coastal, north eastern and selected areas in Rift Valley, Kenya had a rather peaceful and conducive environment for business – which however did not translate to posterity thanks to corruption and lack of economic acumen in Moi’s leadership.

Kibaki, despite giving his half best to grow the economy to double digits, governed under the worst political turmoil that culminated in the country’s worst post election violence in 2007. Between 2007 and 2013, Kibaki had to lead a divided government with one function paying homage to Prime Minister Raila Odinga. During Kibaki’s leadership, the country also saw one of the worst droughts that rendered millions of Kenyans hungry – a drought that gave rise to Kenyans for Kenya in 2011 after undergoing a similar devastating drought in 2009. 2017 wasn’t better either as the prices of basic foodstuffs such as maize flour and milk would rise to their highest in the country’s history.

2017 in itself was a peculiar year in political front. The politics coupled with demonstrations in Nairobi and Kisumu meant business slowed down with direct investment and tourism coming to a stand still. To make matters worse, Kenya in the same year decided to make history where the Supreme Court annulled the reelection of Uhuru Kenyatta, extending the country’s political atmosphere by another 60 days.

Given the tumultuous climatic and political environments the country experienced between 2007 when the country underwent the worst post elections violence to 2018 when the country went through one of the longest political seasons, coupled with rise in corruption index as provided by Transparency International, one would expect that the country’s economy would tumble down to the negatives, just where it was shortly before Kibaki took over leadership from Moi. On the contrary, what Kenya experienced between 2007 and 2018 is somewhat a steady economic growth. This can be seen by looking at the major economic indicators such as interest rates, inflation, GDP performance, and the exchange rate which have remained stable over the years. This graph retrieved from Trading Economics for example reveal that by GDP the country’s economy has been flat except for 2011 when there was a slight spike upwards.

With the economy obviously performing against expected downward trend to huge negatives, one would want to ask what changed between 2007 to 2018 when compared to Moi’s era. There are those who may point out to an improved open governance, freer press that has tried to hold the government accountable, existence of independent institutions such as Comptroller of Budget and Auditor offices, and the general institutionalization of the entire government thanks to the 2010 constitution, but increase in corruption, political assassinations, and extra judicial killings reveal that by governance not much has changed from Moi’s style of leadership. That leaves me with one important change that happened in March 2007, and that’s the birth and growth of MPESA.

Ironically, it is the 2007/2008 PEV that would drive MPESA to prominence, as family and friends of those who were displaced by the violence found MPESA valuable for sending relief cash to those affected by the PEV.

MPESA growth since 2007 has steadily risen where by first quarter of 2017/2018 financial year, Kshs 1.3 trillion was transacted via MPESA alone. Kshs 1.3 trillion is 50% of the country’s budget and equals total revenue Kenya collects through KRA, and comes near 20% of the country’s GDP. What this means is that by money circulation, MPESA plays a huge part in stabilizing the economy.

A fluid money circulation will ensure price stability of major products across the country, as those with excess will easily transfer their excess cash to friends and family members who are money starved, no matter how far the two groups of people are separated. It cannot therefore be wished away that MPESA has over the recent past played a significant role in ensuring that money circulation with the economy remains steady.

Secondly, the ease with which money circulates in an economy helps bridge the gap between the rich and the poor, and this means that it’s not just the rich that get the much needed economic opportunities. Thanks to MPESA, there have been millions of several micro, small and medium enterprises created across the country that have ensured livelihood to millions of households. If data to support this assertion is unavailable, the immediate micro, small and medium size enterprises created by MPESA are the over 100,000 agents spread across the country.

The two economic pillars, 1. creation of new businesses and 2. ensuring steady circulation of money are very key in ensuring that an economy survives turmoils such as droughts, floods, and chaotic political environments. That’s why despite the uncertain political temperature that currently prevails in the country, Central Bank of Kenya has been able to retain the benchmark lending rate at 10% for 15 straight months since October 2016. 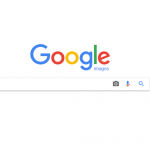 Why I have dumped Google Image Search for Bing