Technological Immortality: Science and Technology on track to eradicate death In my brief research on the Implications of Internet of Things (in a few days I’ll tell you about that), I came across this phrase, “Old age is an illness like any other” written  in a Time Magazine article about human Immortality and this reminded me of a 2009 article by The Daily Galaxy that documented how some experts thought that we can achieve a 1000 years lifespan within half a century. By that time, the article reported that Aubrey de Grey of Cambridge University had famously stated that, “The first person to live to be 1,000 years old is certainly alive today …whether they realize it or not”, that “most people now 40 years or younger can expect to live for centuries.”

First forward to 2015 and we meet people and institutions interested in making us live, not for a 1000 years, but forever. These people and institutions include names such as Joon Yun and Google – and all those others involved in projects like Singularity and pursuits for real Artificial Intelligence. Joon Yun and Google for instance have funded projects to research on medication that would eradicate aging.

Humanity’s search for immortality is not new. Ever since the first human being with the ability to communicate was deprived of his/her loved one(s) through death, the quest for immortality started. This quest has seen several solutions to the question of death emerge including religion that solely exist to offer solace to us mortals afraid of death that there is a better tomorrow and that there is life after death, medical advancements that has been aimed at prolonging life as practically possible, and to the future where human’s biological aging bodies will be replaced by self repairing metal or plastic casing – that is, a future where humans will feed on electricity. Read on.

Do you want to live forever?

Everyone wants to live forever, especially if that life would be at the biological prime age of 20 to 40 years life stage. The first place you’ll find people express this desire is in religion. Except for very few, almost all religions promise immortality. The immortality could be in the form of the same person living in a refined, perfected and immortalized body living happily thereafter with angels and gods, or eternally living in hell fire for sins committed in two minutes, or in the form where the person acquires bodies of different life forms like dogs, birds and lizards in a process called reincarnation; a few examples among the many divergent forms of god-given immortality.

The second is technological immortality, and the promise of science and technology might become a reality in less than 30 years given some serious predictions by futurists such as Raymond Kurzweil, the first person who ever made a computer compose a song back in 1965 when he was only 17 (see the link to Time Magazine article above).

In the meantime as we wait for necessary advancements needed to make technological immortality a reality, those with means are already seeking treatments to significantly prolong their lives, although the available treatments cannot do more than enable an individual live up to a maximum of 120 years. For you and me, we’ll have to wait for the three alternatives discussed below in order to have a chance to experience immortality.

The three alternatives for technological immortality

One of the methods available for scientists to enable human beings live potentially forever is to deal with aging, and a lot of research is being done in this field. According to Live Forever article by TheGuardian published in January this year, Joon Yun “launched a $1m prize challenging scientists to “hack the code of life” and push human lifespan past its apparent maximum of about 120 years”, a competition that has seen some 15 scientific teams register to. The prize money “will be awarded in the first instance for restoring vitality and extending lifespan in mice by 50%.”

As we reported in September 2013, Google created a company called California Life Company (CALICO) whose sole purpose was to prolong life by at least 100 years. As TheGuardian reported, “In April 2014 [Calico] recruited Cynthia Kenyon, a scientist acclaimed for work that included genetically engineering roundworms to live up to six times longer than normal, and who has spoken of dreaming of applying her discoveries to people”, and as you know Google, the company has the money to do virtually everything doable.

A big breakthrough in aging treatment was realized when scientists from Stanford University School of Medicine, CA, announced that they had found a way to lengthen telomeres, the part of chromosomes associated with aging, potentially opening the door for many age-related and genetic conditions, reported Medical News Today in January this year.

Although the science of aging is not thoroughly understood as explained by this Wikipedia article on aging, telomeres have been found to greatly impact the aging process. This is because telomeres embedded at the end of chromosomes determine cell replication. But as time passes, the telomeres on each chromosome shorten until they disappear. Once a cell losses its telomores, it cannot divide thus when the cell dies, it can’t be replaced. The Standford scientists were however able to lengthen some telomores, and the skin cells whose telomeres were lengthened were able to replicate 28 times more compared to those whose telomores were not lengthened. In addition, the muscle cells that were treated were able to divide 10 times more.

On the significance of this breakthrough to prolonging human life, Stanford University’s Med News portal quoted Helen Blau, PhD, professor of microbiology and immunology at Stanford, as saying, “Now we have found a way to lengthen human telomeres by as much as 1,000 nucleotides, turning back the internal clock in these cells by the equivalent of many years of human life. This greatly increases the number of cells available for studies such as drug testing or disease modeling.”

Finally on eradicating aging projects, it is worth to mention that, as summarized by TheGuardian on its article on Living Forever, there are several tech billionaires  who are interested in funding anti-aging projects and these include Peter Thiel, a 47 year old PayPal co-founder and Facebook’s first investor, Larry Page and his Google co-founder Sergey Brin, Larry Ellison who is a co-founder of computer company Oracle, Craig Venter, a San Diego based pioneering biologist and billionaire entrepreneur who raced to sequence the human genome, and Dmitry Itskov, whose ideas we’ll revisit in method number three for human immortality.

Next Page, how science and technology can prolong your life – method two.

Realizing next generation refrigerator with Dual Door in Door LG 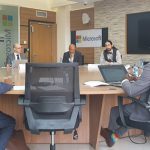 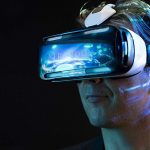