All posts tagged in: Telkom Kenya

Telkom Kenya has launched a customised and reliable mobile data solution for the students, members of faculty and staff of the University of Nairobi (UoN), to enable continuity of learning, in light of the COVID-19 ..

Recently I had a discussion with a content distributor about the viability of Over The Top (OTT) and/or Video on Demand (VoD) content distribution models in Kenya, and the conclusion was the same story ..

4 years ago
4950
Comments Off on Safaricom Dominance : Why Other Telcos Need To Innovate To Survive
Continue reading
TECH NEWS Orange has recently bid the Kenyan market goodbye after a stake acquisition of 60% by Helios Investment Partners. That marked Telkom’s comeback, a move that is projected to come in handy with the company’s ..

Orange Money is no more, this is because Telkom Kenya discontinued the platform; being one the changes the teleco made when it rebranded from Orange to Telkom Kenya. One of the reasons provided for the discontinuation, ..

June 6 2017, that’s the date Telkom Kenya had the biggest opportunity to propel itself from third position to the second largest teleco in Kenya, but the once a upon a time monopoly in Kenya’s ..

After being mesmerized by the salivating data offers from the newly rebranded Telkom Kenya, I rushed to town to buy their SIM card. After all, I had promised you that I’ll test their Internet, compare ..

Exactly what you’ve been waiting for – Telkom Kenya unveils unlimited Internet for Shs 4,000 per month

I have been planning to write an article titled “Orange and Airtel have no idea on how to win against Safaricom”, an article that has since been overtaken by events. The article is no longer ..

4 years ago
28688
Comments Off on Exactly what you’ve been waiting for – Telkom Kenya unveils unlimited Internet for Shs 4,000 per month
Continue reading
TELECOMMUNICATION

Telkom Kenya is an iconic brand and has been in the market more than 18 years as the teleco’s heritage dates back to pre-independence days – the 1940s and 1950s, when its telecommunication network ..

Telkom Kenya Limited has announced a free Wi-Fi roll out in all 290 constituencies across the country. The Ministry of ICT in partnership with the National Constituency Development Fund (NCDF) will see Telkom .. In March 2015 and for KShs. 999, Orange, now back to Telkcom Kenya and soon may be referred to as Helios or some other classy name, launched the Kaduda dual SIM card phone that went viral in Kenya. Slightly ..

Telkom Kenya to Fire Over 500 Employees by March Next Year

And there we go, Helios Investment Partners after taking over from Orange are starting to reorganize the Telkom Kenya in what they are calling workforce-rationalisation plan. In simple words Telkom Kenya ..

Mobile phones led to an instant drop in fixed telephone usage. Back in 1990s fixed telephone had incredible traffic since the Telecommunication sector was monopolized by Kenya Telkom. Introduction of mobile ..

Orange Group has launched the call for applications for the fifth edition of the Orange African Social Venture Prize as a global Entrepreneurship Summit sets to kick off this week. The Group initiative .. 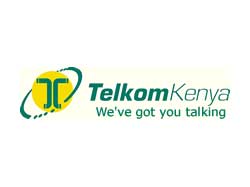 The industrial court has temporarily stopped Telkom Kenya Limited from selling 37 of its listed prime properties to ensure settlement of an eight year old award of sh3.2billion to almost 1000 retrenched ..

There are a number of steps that have been taken by the government to increase competitiveness in the mobile telephone market, one of them being the adoption of number portability. Number portability allows ..

Safaricom vs Orange… Now kids take a seat, grab pop corns, this could turn out to be the mother of all battles between the telcos in Kenya. Orange is out in full force this New Year with advert directly ..

Orange, has launched ‘NiSort’, a service that enables reverse charge calls within its network.  ‘NiSort’, will enable customers make calls when the calling party’s credit balance is zero. The service ..