All posts tagged in: Qualcomm

As exciting as the forthcoming world of 5G connectivity will be, it’s fraught with incredible complexity as well. Many technology pieces must come together in a seamless manner for us to enjoy the kind ..

Microchip maker Broadcom Ltd cut its bid for Qualcomm Inc on Wednesday by 4 percent to $117 billion( Ksh11 Trillion) as it objected to Qualcomm’s decision to raise its own bid for NXP Semiconductors ..

Apple is at it again in the courtrooms not so long after settling a long stalemate with Samsung. Qualcomm is determined to see sales of iPhone X banned in the US after claims of striking similarities between ..

Apple has sued Qualcomm for $1 billion on Friday. This comes after an accusation by the US government of Qualcomm Inc. trying to maintain monopoly by using anti-competitive tactics. Qualcomm supplies Apple ..

At the Qualcomm 4G/5G Summit in Hong Kong, the company announced it will be launching Snapdragon X50, the world’s first 5G modem. Chipmaker Qualcomm claims that the chip could support download speeds ..

In an interview with PC World, Renduchintala, president of the Client and Internet of Things (IoT) Businesses and Systems Architecture Group at Intel, strongly hinted that Intel might indeed have plans ..

5 years ago
4765
Comments Off on Intel to compete with Qualcomm, manufactures of the Snapdragon processors, for the mobile chip market
Continue reading
TECHNOLOGY 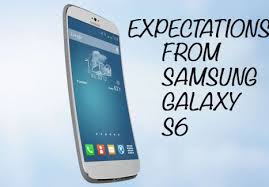 What to Expect from the Samsung S6’S Release

Dubbed ‘Project Zero’, Samsung is poised to release one of its flagship products of 2015, the Samsung 6 at the Mobile World Congress to be held in March 2015 (2nd); although there is nothing official ..