All posts tagged in: featuredpost

Microsoft has made an achievement this year. After Windows 10 launch many people downloaded it because of the amazing features the operating system comes with. I believe Microsoft is now one of the happiest ..

Technology advancements are making headlines especially in the mobile phone sector as each manufacturer is trying to out compete the other. Billboards and banners are also shifting from still pictures ..

Have you ever seen a sperm? Well with a microscope you can see them swimming. Researchers have discovered the world’s oldest fossilized sperm entrapped in the wall of a fossilized worm cocoon in Antarctica. ..

Blood availability is a great challenge in many hospitals around the world. Many suffer because getting the right blood that is compatible with their body is sometimes hard. Researchers from England have ..

6 years ago
6500
Comments Off on Patients will be able to use Artificial Blood, says researchers
Continue reading
GLOBAL 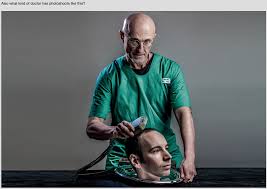 Sergio Canavero of the Turin Advanced Neuromodulation Group in Italy says it’s possible to carry out a head transplant and the proposal was presented at the annual conference of the American Academy ..

A security software firm has warned about a new strain of “ransomware.” Ransomware is software which locks you out of your files until a fee is paid to the criminals behind the attack. Checkpoint .. The 40-year-old singer sliced his fingers open when he tried to grab a drone camera, which was taking pictures of the audience at a concert on Saturday. Following reconstructive surgery on Monday, it was announced ..

The third quarter statistics for the financial year 2013/2014 covering the months of January to March 2014 for the telecommunication and broadcast sectors were released by CA (Communication Authority of Kenya) ..

Dear Banks, Yesterday in this post we highlighted some of the issues and challenges bank customers face at various top banks in Kenya and the post generated a discussion on Twitter under the hashtag #BankToAvoid. ..

8 years ago
7576
Comments Off on #BanktoAvoid: The issues you raised
Continue reading
SOCIAL MEDIA

On Thursday 7th 2013 Twitter went public, collecting over $1.8 billion from the 70 million shares it had on offer. When the shares went to the stock market, the shares were in high demand managing to close ..

NationHela is one of easiest platforms for remitting money to Kenya. Now that I think of it I should have had my card as soon as yesterday. A colleague from Nigeria has been forced to use Swift transfer ..

In this article you will learn: Basics of digital broadcasts Need to buy converter boxes even if already on Pay TV and Pros of Digital Broadcast over Analogue Broadcast Digital Migration Unless some major .. NationHela is a money transfer service that was introduced by the Nation Media Group back in 2012 in partnership with Diamond Trust Bank. The service incorporates the use of credit cards to remit money ..

The Government has officially announced December 13th as the date that the analogue signal will be turned off in Nairobi and its’ environs, commencing the first phase of the switch to digital television. ..

This is the first of a two part article that focus on the “Kenya’s Online Businesses”. The articles have been inspired by numerous responses we received in regards our article (MyMARKET: ..

For a related post read: Is Safaricom Being Greedy By Launching Services to Compete With Start-ups Since the liberation of Internet access in Kenya a number of classified businesses have been established ..

8 years ago
10964
Comments Off on MyMARKET: OLX should fight to remain relevant
Continue reading

Lessons from Nokia and Blackberry that startups should learn

The list of market leading companies that simply disappear into oblivion is quite disturbing. From Kodak, Research in Motion, Friendster, Netscape, Motorola, Newsweek and latest and most disturbing is the case ..

Following an article by Macharia Kamau in The Standard about Small ICT firms fearing that they may lose out in county contracts for providing ICT services for management of revenue collection, my colleague ..

8 years ago
5110
Comments Off on Should counties support local SMEs?
Continue reading

Pay TV should charge per channel

I’m not a sports fan so I’m not into Premium Bouquet from Dstv; but there was this time I thought I was missing out on other cool stuff available only on Premium so I decided to try it out. ..

OPINION: It should be illegal to be hacked

On Friday 27th September The Standard carried a story on the Judiciary. According to The Standard, the Chief Justice is the Commander in Chief of a four member group codenamed ‘War Council’ ..

8 years ago
5540
Comments Off on OPINION: It should be illegal to be hacked
Continue reading

Westgate Attack: what if sleeping gas was used

(For a related post please read: Westgate attack; Kenya must up technology adoption). We have discussed the Westgate Attack in relation to the need of Kenya’s security agencies upping the adoption ..

8 years ago
5375
Comments Off on Westgate Attack: what if sleeping gas was used
Continue reading

After the recent Westgate attack, it is prudent for all of us to reflect and learn lessons to be learnt, ask the hard questions, and proactively prepare to thwart similar or worse threats. The attackers ..

8 years ago
5108
Comments Off on Westgate attack; Kenya must up technology adoption
Continue reading

Wars are fought many a times on the basis of differing ideologies; but not the war in Democratic Republic of Congo (DRC). The war that is estimated to have had the worst devastation to human life since ..

The Nailab for the first time this weekend will host Mombasa Hackathon with the aim of building a new strong tech community in the coastal region. The event dubbed “Incubation without borders” will ..

On 31st August 2013 Airtel made a very silent announcement that they are to increase their products prices by 11%. The increase will see Airtel become the most expensive service provider overtaking Safaricom ..

What it takes to get better deals Part 2: – Valuation of a Start up

This is the second part of the series “What it takes to get better deals”  Read part 1 here Once upon a past life, when launching a tech based product, the public relations professional we had sought ..

8 years ago
7258
Comments Off on What it takes to get better deals Part 2: – Valuation of a Start up
Continue reading

The challenges of getting Funding on the Tech Scene in Kenya has been discussed at length and we are still doing series on the whole process. The likes of 88mph, The GrowthHub Africa, and Savannah Fund ..

Reliable and secure Facebook has many useful applications that could make life easier. For example, an individual could register for a degree course, open up a bank account, or even apply for job simply ..