All posts tagged in: Asus

Ongea Music Summit 2017 that took place at Sarit centre, Nairobi not only brought together artistic minds but also digital oriented minds. ASUS, Sheer Publishing and Extra Dimensions were among companies ..

I have been using an Asus laptop for about two years now and it has indeed served me well. I had my reservations at first  but I have come to love it and therefore, it is no shock that my excitement on seeing ..

ASUS proving to be a gaming machine’s ‘Macho’

Asus has scooped 15 awards in the 2016 Red dot awards for product design with its latest devices picked for design and innovation. Asus ZenBook, Zenpad, Chromebook C202, gaming device ROG GX700 were among ..

6 years ago
4430
Comments Off on The red dot awards 2016: Asus wins
Continue reading

ASUS Joins The Yoga Sensation With The Flipable Transformer Book

Asus has rolled out the yoga sensation to the Kenyan market with its transformer book flip TP500LA series. The sleek looking 15.6 inch touchscreen has redefined home/ laptop use devices thanks to its 360 degrees ..

Microsoft’s corporate VP Nick Parker has revealed the first run of devices built specifically for Windows 10, from partners such as Asus, Toshiba and even FoxConn. The product reveal came at the end of the Microsoft ..

In a quest to boost both its local and regional PC market share; Asus, the worldwide top 3 consumer notebook and tablet brand, has announced the introduction of its new generation Transformer T300chi (notebook) ..

ASUS to introduce gaming hardware in the Kenyan market

PC and tablet manufacturer ASUS has announced plans to introduce PC’s , handset and gaming products targeted at its local Kenyan market. The product announcements come at a time when the industry has been ..

Get more than just tech experience at the TECHBONANZA

Notebook vendor Asus has announced that it will be showcasing its 2014/2015 line products at the upcoming Tech Bonanza event powered by Intel from the 5th-7th December at Sarit Centre. During the event ..

According to Quarter three 2014 Gatner PC shipment results for EMEA region, PC and tablet manufacturer Asus has recorded a year over year growth as it continues to strengthen its local and regional PC market ..

Asus Throws New Life To Its Gadgets With The Newly Launched FonePad and Notebook PCs.

Asus has launched intel Fonepad alongside two PC notebooks in a quest to boost both its local and regional PC market share; the worldwide top 3 consumer notebook and tablet brand plans to continue advancing ..

7 years ago
4240
Comments Off on Asus Throws New Life To Its Gadgets With The Newly Launched FonePad and Notebook PCs.
Continue reading
TECH NEWS 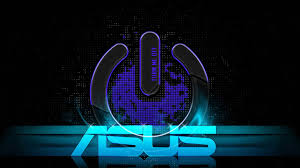 Worldwide top 3 consumer notebook and tablet brand, has recorded a year over year growth as it continues to galvanize its lead in the hybrid market position.  The continued growth according to the company .. 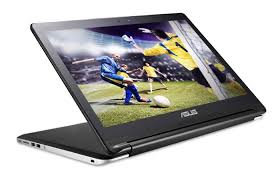 In hopes to leverage its position as a market leader in the hybrid/ convergence PC market, tech giant Asus has announced a number of new hybrid gadgets at the annual Computex event in Taiwan. The lineup .. Tech giant Asus has recorded a year over year growth as it pursues a lead in the hybrid market position, according to Quarter one 2014 Gatner PC shipment results-for EMEA region released recently. Research .. 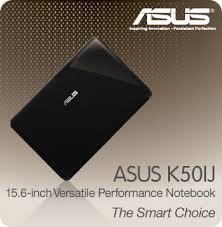 Asus widens warranty scheme for its consumers in a bid to further penetrate the Kenyan market.

World’s top three notebook PC maker Asus has today announced that it will be increasing the warranty period on its notebooks from one year to two years in a bid to strengthen its product service portfolio. ..

8 years ago
4006
Comments Off on Asus widens warranty scheme for its consumers in a bid to further penetrate the Kenyan market.
Continue reading
TECHNOLOGY Asus, worldwide top-three consumer notebook vendor and maker of the world’s best-selling motherboards has rolled out a series of university activation as it seeks to deepen its penetration in the market ..

Computing and communications company, Intel has announced the launch of the 64-bit Intel Atom processor under the LTE advanced communication platform in conjunction with Asus, Lenovo and Foxconn. The three ..

8 years ago
4973
Comments Off on Intel launches the 64-bit Intel Atom.
Continue reading