Telegram has launched blistering attacks on Facebook’s WhatsApp messenger following the backlash the company is receiving after it announced its new policy which is supposed to take effect from February this year. Telegram tweeted the viral meme photo of two spider-men pointing at each other, one with WhatsApp icon and the other with Facebook, its parent company. The meme which appeared for the first time in 2011, has always been used on social media to indicate two similar people or concepts meeting with no tangible results at the end, for lack of a better word, a meeting of two fools, and this case, Telegram meant WhatsApp and Facebook in their tweet which has since received over 35K retweets.

In another savage attack, Telegram tweeted a GIF of the famous Ghanaian pallbearers carrying a coffin labeled with WhatsApp’s new privacy and terms policy as though to be giving the app an upbeat send-off following the mass exit of its users who have decried the forced data sharing policy. Telegram and Signal messaging apps are currently seeing a sudden increase in their user numbers with the founder of Tesla, SpaceX, and now the richest man in the world recommending that people should use Signal and leave WhatsApp for Zuckerberg.

Pavel Durov, the founder and CEO of Telegram was not left behind. The 36-year old entrepreneur slammed Facebook for its latest update, even accusing them of creating bots to spread “inaccurate” information about Telegram on social media. Durov asked Zuckerberg to respect their users.

“I hear Facebook has an entire department devoted to figuring out why Telegram is so popular. Imagine dozens of employees working on just that full-time. I am happy to save Facebook tens of millions of dollars and give away our secret for free; respect your users,” said Durov in a post.

Here is where all this drama started. WhatsApp announced that it had updated its term of service to allow the sharing of information of their users within Facebook’s family of companies to facilitate, support, and integrate their activities and improve the messaging services.

“We require certain information to deliver our Services and without this, we will not be able to provide our Services to you. For example, you must provide your mobile phone number to create an account to use our Services,” read a statement by WhatsApp.

I am quite sure you want to know what happens to your messages with this new rule. Well, WhatsApp announced that they do not retain your messages in the ordinary course of providing the services to you, instead, they are stored on your device and not on their servers once they have been successfully delivered.

WhatsApp may, however, store your messages in the course of delivering them. For example, if a message cannot be delivered immediately say when the recipient is offline, WhatsApp keeps it in encrypted form on its servers for up to 30 days after which it will be permanently deleted. When users forward media within a message WhatsApp stores that media temporarily in encrypted form on the servers to aid more efficient delivery of additional forwards. It says all these services are offered under end-to-end encryption meaning that your messages are encrypted and protected against either them or third parties.

WhatsApp head at Facebook, Will Cathcart while trying to calm the angry users, said the new policy will not affect anyone and will continue to keep their conversations private. He did a Twitter thread assuring that with end-to-end encryption, WhatsApp and Facebook cannot see user private chats or calls.

“It’s important for us to be clear this update describes business communication and does not change WhatsApp’s data-sharing practices with Facebook. It does not impact how people communicate privately with friends or family wherever they are in the world,” tweeted Will Cathcart.

Cathcart emphasized that the updated policy was meant to boost transparency and to better describe optional people-to-business features which he said about 175 million of them message a business account each day on the platform.  He also responded to a Twitter user who wanted to know why they were forcing everyone to opt-in saying; “All apps require acceptance of terms updates, AFAIK. The terms and policy help provide transparency on data practices – and this update includes more transparency on how business communications work on WA should a user choose to use them. We want everyone to know that.”

WhatsApp has given users until February 8 to accept the new terms and conditions. 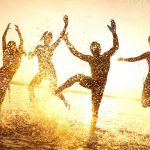 Oppo A16K and Oppo A55 now available in Kenya 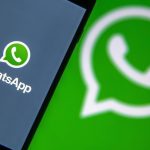 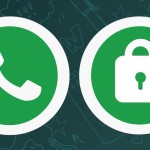