LG Electronics has launched its latest smartphone, LG Wing, as the first product under its Explorer Project, LG’s new mobile category aimed at discovering new ways to interact with mobile devices, focusing on the evolving and ever-changing needs of today’s consumers and challenging established user norms. LG says the boldest newest smartphone delivers a new and different form factor and mobile experience that would be impossible to create with conventional smartphones.

The new phone which was unveiled at an online launch event live-streamed around the world from its Seoul headquarters is inspired by LG’s current trends of dual-screen smartphones, but instead of focusing on foldables, LG reinvented its LG Wing 5G to swivel out its screen horizontally to reveal a smaller half-screen underneath, a completely different from any other smartphone on the market. LG Wing as suggested by the name allows users to switch seamlessly between Basic Mode and Swivel Mode any time to enjoy an expanded 90 degrees clockwise rotation, orienting the main screen in landscape mode to reveal a 3.9-inch second screen.

The multiscreen (Main Screen: 6.8” 20.5:9 FHD POLED? + second screen: 3.9” 1:1.15 GOLED ) allows users to do more with expanded space. It does not only offer extension, but it also gives a whole new meaning to multitasking. You can watch videos on YouTube horizontally on the main screen while using the second screen to send WhatsApp messages. Swivel Mode can also prove handy when driving, allowing users to follow map directions on the main screen reserving the second one for calls, or surf the web on another app – without interfering with what is showing on either of the screens. The two screens with the device’s Multi App expansion enables users to create shortcuts for pairs of apps they typically use together.

The main screen of LG WING is a flawless 6.8-inch P-OLED Full Vision display with a 20.5:9 aspect ratio to deliver an exceptional viewing and gaming experience. Not only does the second screen expand the viewable real estate of the device, but it also doubles as a grip when the main screen is in landscape mode. With the grip lock activated, the second screen displays useful information such as time and date and ignores accidental touches.

In video platform apps, LG WING’s second screen acts as the media controller. When activated, a floating icon appears in the upper-right corner of the second screen, giving users the ability to change video and sound settings without pausing the video or switching to another window. LG has implemented a 32MP pop-up camera that emerges from the body of the device when needed to preserve the device’s screen real estate and eliminate any potential visual distractions that might get in the way of viewer immersion.

LG equipped its groundbreaking handset with advanced camera features and technologies exclusive to the new form factor for users who record and share their daily lives using smartphones. LG WING boasts three rear cameras – a 64MP ultra-high-resolution OIS wide, 12MP ultra-wide big pixel, and 13MP wide camera. One can enable dual recording in swivel mode by using the 32MP pop-up camera and one of the phone’s rear cameras simultaneously. The results can be saved together in a single file or in two separate files with the aspect ratio set to either 1:1 or 16:9.

The second screen can be used as a dedicated editing palette while the video or photo is displayed on the main screen. LG WING also comes with LG creator’s kit, a collection of advanced imaging solutions including Timelapse Control, Voice Bokeh, and ASMR Recording.

The gimbal motion camera turns the LG WING’s second screen into a convenient grip, providing the stability needed to capture clearer shots and smooth video footage in horizontal mode with one hand, normally difficult to accomplish with conventional bar-type smartphones. LG WING offers functions typically found only on a real gimbal, just as a joystick for controlling the camera angle, a lock to reduce shakes and blurring, a follow mode for smoother videos when moving, pan follow for horizontal movement with minimal up and down shake, and first-person view mode for capturing rhythmic and dynamic movements.

Lighter Yet Durable for Reliable Usability

Even with two screens, LG WING is relatively light, making it easy to hold and convenient to carry. LG engineers were able to keep the weight to just 260 grams using slim but tough composite materials and a special perforation technique so as to make LG WING no heavier than many of today’s large-display smartphones. The ergonomic design of the device ensures a comfortable stress-free grip whether in swivel mode or basic mode.

The engineers took into consideration the additional moving parts to employ features to enhance its durability and reliability. When taking a selfie, the accelerometer recognizes if the phone has been dropped and instantaneously retracts the pop-up camera lens to prevent any damage. The hinge module with a hydraulic damper reduces stress on the mechanism when the main screen is rotated. Thermoplastic polyoxymethylene is applied to the back of the main screen to facilitate smoother swiveling and to prevent scratches on the second screen. LG says the hinge mechanism in its LG WING is perfectly reliable even after 200,000 swivels.

“Congratulations to the entire LG team on the announcement of the LG WING, a truly innovative device powered by the Snapdragon 765G 5G Mobile Platform that perfectly encapsulates the vision of LG’s new Explorer Project. Qualcomm Technologies actively collaborated with LG Mobile on ways to optimize the performance of the products of the Explorer Project that will bring new and different experiences to consumers,” said Jim Tran, senior vice president and general manager, mobile handsets, Qualcomm Technologies, Inc

Morris Lee, LG Mobile Communications’ President, said the device was ‘different than anything else on the market’ today, challenges the industry status quo, and provides consumers with a new mobile experience that will open up new ways to think about the smartphone. LG WING will initially launch in South Korea starting next month followed by key markets in North America and Europe. The price was not disclosed.

Read Also: I hope LG is not actually considering to implement 5 cameras on the rumored LG G40 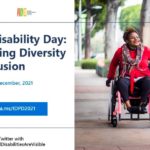