Happy Christmas for those who celebrate the birth of a god. After the drinking and the parte after parte (for some the parte is still on until days after New Year), it is time you opened that Christmas gift, especially now that the government wants un-Boxing day renamed to Utamaduni day. Good, you’ve opened the Christmas gifts – what are they? Tech gadgets?

I doubt – mostly because you are Kenyan. The gifts Kenyans like giving are clothes, shoes, and food. Sometimes money. If you were not Kenyan, let’s say if you were an American or some European, your gift could have been a tech gadget – with smartphone accessories leading the pack.

For those of you who have tech inclined friends, and would love to shower them with Christmas gifts, a tech gadget is definitely the way to go.

Today there are phones you can get for under 6K that are quite useful. One such phone is the Nokia C1 that got introduced in Kenya the other day.

Huawei has also asked you to consider giving someone the Huawei Y9s as one of your Christmas gifts, but well the price tag is pretty high compared to the Nokia C1 – definitely the two phones don’t play in the same league. If you were to gift me either of them, I’d go for the Huawei Y9s.

Then there are things like charging docks, flash drives, keyboard skins (for those using desktop computers), cable ties (this is a thing), or maybe just a simple phone cleaning kit. See the image below.

Let’s talk some more about the phone cleaning kit. It appears very useful. In the past month I have destroyed my phone’s mouth piece twice because I attempted to clean it using sharp objects.

This is what happens when your mouth piece gets dirty – no one can hear you clearly. The solution many opt for is to take the phone to a fund who will charge you around shs 300 to shs 500 to replace the mouthpiece or the entire plate that houses other things including the charging port. However, most of the time what you need to do is to clean up the mouthpiece, and your phone will be back to normal. Cleaning it however requires that you use a special cleaning kit like the one you are seeing up there.

Finally there are the high end tech gifts for those of you blessed with extra change. These include things like VR headsets, Play Stations, a smart TV for your friend still watches dinosaur TV set, smartwatch, sound systems (and the list is endless) and the list doesn’t end.

Shower them with those hi-tech Christmas Gifts. 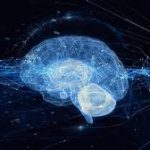 Don't worry about typos too much, they are a sign that you are intelligent