I know there are those against CBC Education System, but before we examine their reasons, let us first understand why 8.4.4 needs to be thrown away.

There are two types of 8.4.4 education systems that Kenyans have gone through, someone may argue three. The first type is the one I went through, where in Primary School a student in upper primary was taught seven subjects. Hands-on subjects such as Art,Craft and Music, Home Science and Agriculture were part of the package – a must for any student to study. The total marks in KCPE under this early version of 8.4.4 was 700 marks.

In high school, this system required students to take a maximum of 12 subjects. Depending on the high school and availability of teachers and resources, some students took different subjects including additional languages (French etc), a different type of religious study instead of C.R.E, but by and large students went through the same 12 subjects. In form three, the number of subjects a student was to study dropped to 9 or 8, where for those like me who chose to do 9 subjects had one optional subject that wasn’t included in the final cluster for University Admission.

Then there is a second version, a version where in KCPE students did 5 subjects for a 500 maximum marks in KCPE. It is the version currently in place. The same version had these students graded on 7 subjects in KCSE.

Each of those two versions have had their own problems, hence the reason why stakeholders in the education sector thought it wise to do away with 8.4.4 and introduce CBC Education System, a system that requires students to go through a 2.6.6.3 education cycle. The question today is, is CBC Education System any better than 8.4.4 System?

8.4.4 was designed to replace the previous 7.4.2.3 Education System because it was argued the previous system did not generate a people who could be independent; that graduates from that system squarely depended on white collar jobs, that if by bad lack someone did not get a white collar job, he or she became a waste. The government therefore saw it fit to start an education system that would make people become more hands-on – a people who could become cooks, tailers (Home Science), Carpenters (Art and Crafts), Farmers (Agriculture), Lab technician (Applied Sciences) but at the same time remain loyal and obedient citizens (G.H.C).

But lack of resources meant the practical subjects could not be fully delivered, especially in majority of primary and secondary schools that lacked even basic education necessities like classrooms, libraries, laboratories, books, desks and most importantly teachers. Once lack of resources was accepted, the next cause of action was to train the students cram literature for the purposes of passing exams, as the system was also designed such that unless one attained the pass mark, the next level of education system became out of reach. Over time therefore, 8.4.4 became exam centric. A student admitted in class 1 was already required to either become number 1 in class, or on the minimum to never score below half marks; which was 350 for this version 1 of 8.4.4.

Exams centrism wasn’t the worst part of 8.4.4 after resource allocation for practical subjects failed. Education for me should be a process one goes through to both discover and align oneself to career of interest. 8.4.4 offered very little opportunity for such a discovery and alignment. The evidence is in public. You just need to remember the answers to the obvious question every top student is asked at the announcement of KCPE and KCSE results. These top students always want to be medical doctors/surgeons and pilots. A few would answer that they want to be mechanical or electrical engineers, answers that always leave me wondering – are these the only career paths our top most brains can always think of? None of them, year after year, have unique talents they would want to put their brain power to pursue? The answer to my question is obvious, 8.4.4, as opposed to the newly introduced CBC Education System, was not designed for talent discovery and appreciation.

The failure of 8.4.4 to encourage talent discovery and skills development aligned to those talents is the worst part of 8.4.4. This has therefore made many pursue career paths that are totally misaligned with their capabilities and interests in life. Then there are those who are forced to pursue wrong career paths because of technicalities in the system, especially due to the faulty admission methodology at the higher education systems. I normally use myself as an example to explain this fault. In high school I wanted to pursue a career in Electrical and Electronics Engineering, have been good at STEM subjects. However, languages specifically Kiswahili was a pain in the ass. After KCSE, I scored As in the required subjects for Electrical and Electronic Engineering, but Kiswahili, having been a mandatory subject, lowered my points to be below the cut-off point, so I was called to pursue a degree in my second choice – Food Science and Technology – a degree that I came to hate wholeheartedly at third year in the University.

8.4.4 version 1 became exam centric, forcing students to always read to remember all possible answers that would come in the final exams, instead of reading to know and understand concepts; or reading to develop and acquire relevant skills that would be useful later on. The exams centrism meant students needed less to read, less to cram, hence less to remember. This realization made the stakeholders decide to reduce the number of subjects the students were to be examined on. Subjects such as Art, Craft and Music, Home Science, and Agriculture were dropped in primary school – the subjects that would provide the students with practical survival skills. That means, the students were left with 100% reading for exams subjects. Subjects like G.H.C (Geography, History and Civic Education) and Literature were also watered down – subjects that could have helped the students develop some semblance of critical thinking skills.

In high school the need to orient students to exam passing was replicated, where the students were now required to sit national exams on 7 subjects, down from 9 subjects in the previous version. Given that the 8.4.4 version 2 was purely exam centric, with no critical thinking inculcated into the students, the country has seen a mushrooming of xoxo zombies who cannot think for themselves, engage in philosophical and economic discussions, and a people who wonder why they learnt mole concepts in high schools yet such concepts don’t help them with their makeup selling, modelling and catwalking, slayqueening, or photography businesses.

CBC Education System can solve all the ills 8.4.4

They are right on the first point, but partially wrong on both second and third points. The worries they have on content, including the type of school work and homework kids are given for practical lessons, can be rectified. A modification of the curriculum should sort these out. I personally do not like the fact that parents are supposed to do majority of school and homework for their children, or even the the nature of some of the assignments given to the students. For example I do not understand why students are required to download and print things like the three wise men who visited Jesus’ at his birth (assuming the story is even true, which is most likely not), or the requirement that a parent should take photos of his kids spreading the bed, print, then the same is presented in school for marking. These are outright archaic and must be rectified.

But there is this argument equally popular especially from Ephraim Njega. He contends that education is not meant to teach talent. No this is not true. Social scientists who study things like talent and acquired skills, agree that if talent is not nurtured then it will die out. In as much as someone can be talented in something like music, if that talent is not trained through constant properly organized practice, very little can be achieved from that front. Now that children spend most of their time in schools, the best place to discover and nurture one’s talent is in school; and we all agree that 8.4.4 has done very little to help in talent discovery and nurture.

In talent discovery and nurture is where CBC Education System largely departs from the 8.4.4 Education System. Whereas 8.4.4 is exam oriented, raw knowledge memorization and cramming, CBC Education System is talent discovery oriented. Ephraim Njega and those against CBC Education System reason that children should be taught sciences, tech, and be empowered to compete in the ever technologically changing world – but what they don’t say is what about those who are not technologically oriented in interest and talent? Not everyone is meant to appreciate STEM. Some just want to excel as Storytellers, Writers, Musicians, Comedians, Painters, and several other Art and Craft disciplines.  Shouldn’t they be encouraged to pursue their areas of interest from a tender age?

I am not arguing that someone who discovers himself as a comedian should study nothing else other than comedy, but it would be beautiful for such a person to dedicate a large chunk of his study life understanding the craft of comedy (first priority) as other skills and knowledge sources become secondary. Same should apply to those who want to explore scientific discovery, technological innovation, economic policy formulation, and philosophical reasoning.

The second point of departure is the running away from knowledge acquisition without interpretation, to knowledge acquisition through critical thinking, understanding, and appreciation of core concepts. This is why in the CBC Education System, national exams have been done away with. Education is not supposed to be a process through which people learn how to become tools, but should be a process that allow people to be able to live with others, live through the changing environment, and have the power to control how they live in the said environment. As explained by Ayushi Kushwaha in Qura when answering the question, What is the ultimate purpose of education?, that the ultimate purpose of education “is to teach us values, develop stimulated intellect, understand tolerance for disagreeable belief systems, dig out opportunities to question what exists, and contribute to the growth of the human society”, one can easily see that the CBC Education System is much closer to what education should be, as opposed to 8.4.4 that wants students to pass national exams then progress to the next level, and if lucky, one can become a medical doctor thereafter.

Lastly, an Education System that works is that education system that provides purpose to life, not just the drive to get a job after the 8.4.4 or the 2.6.6.3 cycle is done with. If through education one finds a purpose to be a novelist, or a pianist, or a painter, or a scientist, or a technologist, or a writer (e.g. a blogger), or a photographer, or a model, or a thinker, or a philosopher, god forbid a christian preacher, and the system puts in place systems through which one can pursue that purpose, then when ultimately the purpose is achieved even without lucrative monetary rewards, then one can still find fulfillment in life. That’s exactly what the Finnish Education System has provided, and that’s why the Finnish are the happiest in the world, and the third most innovative country globally. 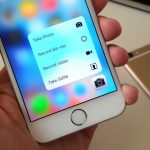 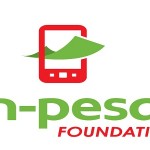