The internets are going crazy with ‘Florida man’ with online challenges being thrown across the platforms under ‘Florida man’. The twitter feed that has spilt over to Google, Instagram, Reddit and Tumblr is trending internationally once again. ‘Florida man’ was popularized in 2013 and now it remains an internet sensation even to social media users who are not citizens of the United States.

Florida man is interpreted as the name of the same individual in multiple unrelated news articles, rather than a description of various actual people who hail or live in Florida. The trend is characterized by links to news stories and articles about mind-blowing and absurd crimes and events, giving Florida uncalled for but huge attention. The rise of the sensation Florida man is said to have been aided by freedom of information laws in Florida that makes it easier for journalists to obtain information about arrests from police than in other states. 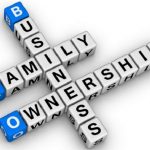