For ten years straight, Business Daily has been shining light on Top 40 under 40, be they men or women, people who have made great impacts in different sectors of the society, including but not limited to professional careers, sports, arts and entertainment, business, entrepreneurship, philanthropy and many more. In 2018, the paper is again going to shine that light on youthful male individuals who have made similar strides, and to this effect the paper asked Kenyans to nominate themselves or those they think deserve recognition, and after one and a half months of nominations (October 1st to November 16), the list was taken to judges forwarded the names of those who made the cut, whose names have been published today by Business Daily.

If you nominated yourself, or nominated any deserving Kenyan, you need to get your copy of today’s paper and check out how your nomination performed.

Top 40 under 40, both for women and men, have been very impactfull since their inception 10 years ago. This can be attested to by how the listing has become very competitive every year, with more and more women and men getting nominated. Also, as exemplified by the experience of Chris Mureithi who made it to the list of Top 40 under 40 in 2017, the public has come to recognise the significance of the list, and thus go ahead to reward  those in the list by paying a closer attention to what they do in their careers.

Top 40 under 40 men is not just a list of men, but a list of men who are key role models in leadership, entrepreneurship and significant achievement at relatively a young age. Some of the achievements by those who make it to the list are so magnificent that you would expect the old grandpas to be the one having their names behind it, but today’s paper proves beyond doubt that there are several young men who make the cut to take on leadership roles, not only in company’s and immediate societies, but at national levels. This then goes against the philosophy that only aged experienced men and women can take on the role of national leadership, either as heads of ministries and parastatals, but even as board members of key corporations that champion the economic progress of the nation. Uber's Self-driving taxis are back 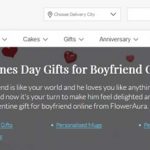