Google has been accused of rigging its search results to sabotage Trump’s presidency. The accusation by right-wing site PJ Media (an American conservative news, opinion, and commentary collaborative blog) was later reinforced by a series of tweets from Trump.

Trump has complained of Google only showing negative reporting about him, further saying that the search engine company has hidden news that is good about him only capitalising on what he termed as ‘fake news’.

In the new Twitter feud with Google after he seemingly searched himself, his reaction to the results read;

‘Google search results for “Trump News” shows only the viewing/reporting of Fake New Media. In other words, they have it RIGGED, for me & others, so that almost all stories & news is BAD. Fake CNN is prominent. Republican/Conservative & Fair Media is shut out. Illegal? 96% of…’

Most of the search results originated to various features of the United States President on CNN, a media outlet Trump has previously and still continues to call ‘fake news’, even refusing to answer questions from the outlet’s reporters during press conferences.

….results on “Trump News” are from National Left-Wing Media, very dangerous. Google & others are suppressing voices of Conservatives and hiding information and news that is good. They are controlling what we can & cannot see. This is a very serious situation-will be addressed!

Trump is seen threatening the search engine company saying the issue will be addressed… However, it is difficult to analyze the idea of bias in Google’s algorithms. The company uses a number of measures to weight its search rankings, and while the exact formula is not known, factors like an outlet’s longevity, its reputation, and its ability to fill stories with relevant keywords all play a part. The rankings also differ from market to market, making objective analysis difficult. 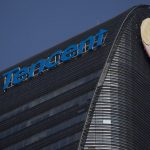 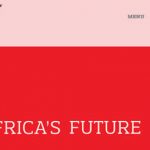 The cost of not having Insurance in Kenya