The most expensive Samsung smartphone, the Samsung Galaxy Note 9, was launched on August 9th. I followed the Samsung unpacked event closely purposely to be thrilled, but I must have slept at some point because I don’t remember that moment when my nerves were touched to a thrilling shock. The Samsung Galaxy Note 9 is a good phone, but other than its water cooling feature and Bluetooth enabled S-Pen, there is nothing really in the smartphone that should thrill anyone. Did you notice something interesting from the foregoing? The Samsung Galaxy Note phones are no longer referred to as phablets, but smartphones. This is because over the last three or so years, smartphones, including the standard small sized ones, have grown in size to closely match the screen and physical size of note series. Imagine this, today’s standard smartphones have screen sizes between 5.5 inches to 6 inches, yet the first note series that were deemed too big to use single-handedly were sized 5.3 inches to 6 inches. And … Samsung Galaxy Note 9’s 6.4 inch doesn’t even make Steve Jobs turn in his grave.

The question now is, why would Samsung Galaxy Note 9 be priced at $1,000? Which will likely translate to Kshs 125,000 by the time it lands in Kenyan shops? The answer lies mostly in the hardware implementation and the slight design improvement. On design, the most important change is the removal of the fingerprint scanner from the left of the rear camera lens to below the lens. By the way, when Samsung engineers were putting the fingerprint scanner on the left side of the lens in Samsung Galaxy Note 8, what the hell were they thinking?  Other remarkable improvements in the Galaxy Note 9 include the slimming of bezels and making the colours more appealing.

Hardware wise, Samsung has done some work on the camera, the battery, and the S-Pen. There are two cameras on the rear of the device, one with an f/1.5 -2.5, 26 mm wide lens, serving a 1/2.55″ 1.4µm 12MP sensor and the other with an f/2.4, 52 mm telephoto lens, serving a 1/3.6″ 1µm 12MP sensor. These two cameras combine together, not just using a smart software, but using an AI-powered technology that enables the photographer to do things like image optimization, where the cameras recognise the image you want to take, and automatically adjusts the camera settings to capture the best image possible. The other AI camera feature is the flaw detection where the camera alerts the photographer whether the object is blurry or has blinked. The blinking alert though is a redundancy since the auto preview that’s standard in all digital cameras should tell the photographer that a blinking has occurred.

Samsung Galaxy Note 9 might not have any revolutionary feature in it, but the addition of Bluetooth capability on the S-Pen is something to write home about. With Bluetooth on the S-Pen, the S-Pen on Samsung Galaxy Note 9 can take selfies where it acts as the shutter button, or be a remote control when doing presentations in a conference or boardroom setup. The S-Pen can still control the Note 9 even if the Note 9 is 10 metres away. Using the S-Pen for these two functions don’t seem intuitive enough, but Samsung will soon release an SDK for the S-Pen so that App developers can add remote S-Pen functionality on their Apps for the note series. I’ve personally never used a note device before, nor seen anyone using it, so I’ll have to wait and see what users will be commenting as far as the functionality of the new low powered Bluetooth S-Pen goes.

What could have been thrilling for me is the inclusion of a 4000mAh battery in the Samsung Galaxy Note 9, but too bad, I have used a phone that has over 5000mAh of battery, while my current phones whose battery hardly runs out has a 4500mAh battery. So Samsung still has years to go before it can brag about large batteries. Another interesting inclusion in the Samsung device is the 1.2 Gbps LTE radio, but this type of 4G speed is not anywhere in the world – as the fastest networks including those that rate themselves as 4G+ (including your beloved Safaricom) or 4G Advanced, can do up to 300 Mbps – which is the theoretical maximum. The real-life speeds achieved by advanced 4G is 42 Mbps download and 25 Mbps upload.

So, has Samsung justified the Kshs 125,000 price tag for the Samsung Galaxy Note 9 given the specs it comes with? Absolutely not. 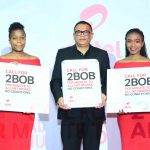 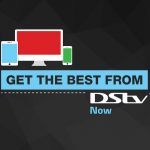 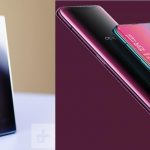