There are many losers this 2018 World Cup Season, top of which is Africa as a continent – a continent of 54 countries; yet none could play good football to make any of them pass the group stage. The failure by Africa must have wrote sadness across the hearts of millions of African football fans, but that sadness doesn’t come close to the pain experienced by a team from the German Technische Universitat of Dortmund and the Technical University in Munich, as well as the Ghent University in Belgium, who developed an AI powered algorithm to predict the outcome of the FIFA 2018 World Cup.

The AI powered algorithm used 100,000 scenarios to predict the outcome of matches all the way from group stage to the final, where the most likely winner in the FIFA 2018 World Cup, according to the statisticians, was Spain, with an odd of 17.8, followed closely by Germany, that they gave an odd of 17.1. As we now know, Germany got kicked out of the world cup at the group stage having been beaten by South Korea 0-2, whereas Spain was kicked out of the world cup in the knockout stage by Russia following a 3-4 in a penalty shootout after drawing 1-1.

The AI powered algorithm failed to accurately predict the outcome of the 2018 World Cup, despite having incorporated vast amount of data (variables), including, “the FIFA rankings, each country’s population and their gross domestic product (GDP), bookmakers’ odds, how many of the national team players play together in a club, the player’s average age, and how many Champions Leagues they’ve won.”

The pain by the statisticians and AI specialists experienced wasn’t caused just by the fact that Spain and Germany were both knocked out at the knockout stage, but also by their utmost trust on the model they used to make the predictions. The team had so much trust that they went ahead to ” bet a small amount of money on all 64 games”.

Based on the AI powered algorithm therefore, the statisticians were able to correctly predict the outcomes of 5 out of 8 groups, totally missed two, but flip flopped on one, which was a remarkable success really.

Their AI could have failed to correctly predict that Germany would go home crying at the group stage and that Spain would be kicked out of the tournament at the knockout stage, but from their top 5 pick they still have Brazil, France and Belgium to look out for – at least that’s how football pain experienced by fans is wiped out.

World Cup Boost For NTV Ratings, as the Station gains over 400% Viewership increase 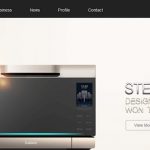