Question, what do we have left that defines a phone as high end other than the price? The processor type? The case? RAM capacity? Storage? You will be surprised to find that after dissecting smartphones based on those parameters, there isn’t any important differentiating factors that would make it worthwhile to spend close to $1000 on a phone when the very features can be experienced on a device that costs less than $300. That is, there isn’t any magic a Samsung Galaxy S9+ owner is experiencing that the guy who owns the newly launched Nokia 6 2018 (or Nokia 6.1 as others would like to call it) can’t experience.

Talk about speed; whereas devices such as iPhone X and Samsung Galaxy S9+ boast of speeds of up to 2.7GHz on 4 cores and 1.8GHz on another 4 cores, the Nokia 6 2018 has speeds of 2.2 GHz on all eight cores, making the difference in speeds to be insignificant on practical daily usage experience.

The other thing one may point out is the Internet storage. I don’t know about you but personally when it comes to phone storage, there isn’t really any important difference between a phone that has 32GB Internal storage and that that has 256GB Internal storage. This is because I do not use phone storage to store any files I deem permanent. The files that I cannot dare delete are either stored in the cloud (Google Drive mostly), or saved in my PC’s drive D. Anything that’s on the phone is usually a temporary file like a photo that I haven’t posted on social media, or a movie I took from the movie vender and I am yet to watch. If the movie is worth rewatching, I’ll transfer it to the PC, otherwise I’ll delete it. That’s how I treat all my digital files, meaning paying a lot of money for phone Internal storage is defeatist.  So why would any sane person pay an extra $700 on a phone to buy Samsung Galaxy S9+ for its 128GB Internal storage yet he could have spent a meagre $300 for a 32GB Nokia 6 2018 device?

The other parameter that may sway one into a high end pricy gadget like the Samsung Galaxy S9 is the RAM capacity. Today high end devices have RAM of 4GB to 6GB. A few exceptions I have come across are devices boasting of up to 18GB RAM, but those seem to catch no one’s attention. As a person who has been using a 6GB RAM device for over six months now, get it from me that no typical human being needs a smartphone that has more than 4GB RAM. 3GB RAM is the standard, as in most cases even when all Apps installed in smartphone are fired up and running, a 3GB RAM will be used up to about 80%, and the remaining 20% will always ensure the phone doesn’t hang or freeze. For heavy gamers though, and only if they do like closing Apps they are currently not using, a 4GB smartphone should suffice. This I say with confidence because as I write this, I have opened over 30 Apps in my smartphone and only 3.2GB (52%) out of the 6GB is being used, and the phone still feels as efficient and fast as when only one App is up and running. What that means is that the 3/4GB RAM that Nokia 6.1 has should work just as great as the 6GB RAM in Samsung Galaxy S9+.

Initially people used to pay a high premium for metal cased smartphones, a time when low budget smartphones meant smartphones cased on low quality plastics that would crack at first fall. Today however, the story has shifted to where premium is either glass or titanium casing while the standard aluminium casing is being considered low budget. When it comes to durability however, there isn’t any difference between the three types of casing. That is, the metallic aluminium casing that is on Nokia 6 2018 should just be as fine as the Corning Gorilla Glass 5 on Samsung Galaxy S9, which still has aluminum frame.

The reasoning I have advanced for processor, storage and RAM still apply for resolution and aspect ratio and screen resolution. Someone may argue that you need to spend the extra Kshs 70,000 on a phone so that you enjoy the 1440 x 2960 pixels (18.5:9 aspect) ratio that one would get from Samsung Galaxy S9 plus, but be realistic; have you seen any magical difference between that and the standard FULL HD 1080 x 1920 pixels (16:9 aspect ratio) that one would get from a simple phone like the Nokia 6 2018? The answer is an obvious no, as the maximum human resolution is has been shown to be 170 ppi whereas Nokia 6 2018 has a whooping 403 ppi. Alright, maybe jumping to 529 ppi that Samsung Galaxy S9+ offers will make someone’s happiness index increase to near full potential.

The superiority of Samsung Galaxy S9+ and other high end devices like Pixel 2, iPhone X, Huawei P20 and the many others that you already know of is in the camera. These high end devices have taken it upon themselves to try and bring professional DSLR capabilities on smartphones, even though no sane professional photographer will ever consider doing professional photography with an iPhone (or Samsung for that matter). Now, if paying an extra Kshs 70,000 is what you want to do in order to get a professional photo experience from a smartphone, I would advise you to consider buying that Kshs 30,000 phone, and spend that difference on a DSLR, even if that DSRL will be of an APS-C sensor instead of the full frame sensor. In most respects, an APS-C sensor on a DSLR is just as good as a full frame sensor, especially now that both types of DSLR cameras generally support the same lenses.

In summary, only a special kind of insane person would cough the extra Kshs 70,000 to get the dual camera 12MP cameras on Samsung Galaxy S9+ instead of going for the averagely okay 16MP single camera on Nokia 6.1 camera. Also check out the article Do not be lured into buying the Huawei P20 Pro based on its triple camera for more reasons why you shouldn’t be swayed by camera features on smartphones into buying one.

Lastly, today I would really encourage everyone to consider Nokia phones, as they are the only phones that support the most advanced 4G network that can allow you to access both the Faiba 4G data and voice calls. 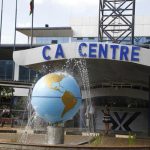 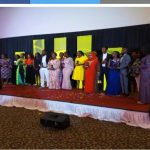