Yesterday was Facebook’s F8 annual developer conference where the social media giant addresses developers from across the globe on the plans Facebook has for the year. In the 2018 F8 Conference, a number of things were revealed but that which caught my attention was the announcement that Facebook will be transformed into a matchmaking platform for the 200 million single humans on Facebook to find soul mates. When I heard that Mark Zuckerberg is thinking launching a Facebook Matchmaking Feature, I wasn’t caught by surprise. Four years ago when I first heard of Tinder, I knew that Facebook would go to direction and wrote an interesting piece titled, Don’t be surprised if Facebook starts selling sex.

In that article I explained how Tinder’s success depended (and still does) on Facebook in being able to matchmake potential soul searchers, or better still hookup lovers. In particular, I wrote:

But the success of Tinder depends on Facebook. Tinder extracts users’ information from Facebook, including the profile photos even though it allows users to rewrite their brief bio info. What if Facebook just took away the “match-making” crown from Tinder to allow users who are near each other to also “see if they like one another” and get connected?

For instance you are in a restaurant waiting to be served but in the meantime you kill time by browsing through your your FB. You look up and notice this hot chic/dude seated over there , and you are sure s/he is on FB too, then you visit the Nearby People on Facebook, you get to check their profile out, and swipe them right as you would do on Tinder to express “I like you”. Is Facebook likely to introduce that feature on its mobile apps? The answer is a big yes.

On the question of whether Facebook would take away the “matchmaking” crow from Tinder, The-Two-Way website which reports breaking news from National Public Radio (NPR), reported that the news of Facebook introducing a Matchmaking Feature “sent shares of Match Group tumbling. Match is an online dating conglomerate, with ownership in Tinder, match.com and OkCupid, among others. Shares of Match fell 22 percent for the day.”

True as I predicted, Facebook will use user’s location, interests, and general Facebook activities to suggest potential partners from the list of Facebook friends and friends in common. “. A preview of the feature asks users to “start a conversation” by picking something interesting from another user’s profile, including their photos and interests (“Cat Person” vs. “Dog Person” and “Coffee Drinker” vs. “Tea Drinker” are examples provided.) Facebook says these conversations will take place in a new text-only messenger, intentionally separated from Messenger, WhatsApp and Instagram chats”, The-Two-Way reported.

As I described in the article about Tinder, Facebook wants to go ahead and hookup people who are nearby and those who are attending the same events listed in Facebook events. Facebook users who will be interested to find soulmates and maybe one nights stands (Facebook won’t control what people do with the dating feature), will have to create a secret profile that is hidden from their usual Facebook friends, and only those who are interested in each other will be able to see the dating profile through the Facebook Matchmaking Feature.

With the Facebook Matchmaking Feature, the social media platform will be able to finally lay to rest the age old question, “can someone find love on Facebook?”. By the way I wonder why people ask such a stupid question when all the people I have dated are people I first met on Facebook. 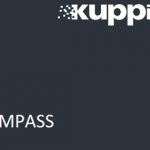 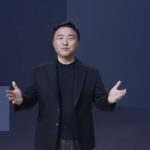