Asset manager Cytonn Investments is on set to start building its RiverRun estate, a Sh15 billion mixed-use development in Kiambu County. Funding of the project is through a mix of pre-payments from buyers and debt instruments.

RiverRun, which is set to be built in two phases in Ruiru comprises a boat club, a boutique hotel, a water theme park, a school, 600 apartments and 1, 258 residential units on a 100-acre piece of land. Residents will also enjoy other facilities such as a retail factory, a clubhouse with a gym, a swimming pool and a spa, a landscaped garden, and playing fields.

“We are set to break ground on RiverRun estate today. The project sits on a 100-acre piece of land and we intend to implement it in two phases,” said Cytonn’s project management analyst Joyce Mwai in an interview last week.

The development will be located seven kilometers from Thika Road and 1.5 kilometers off Kiambu-Kamiti Road and is expected to be completed in four years. It will accommodate lower middle income to high-end properties with prices for different class houses expected to be between Sh12 million and Sh50 million.

Finish architectural firm AUD Architects and Aspera Designns are set to begin work on the project later this month. The RiverRun development is among several ongoing and planned real estate projects by Cytonn.

The company is currently set to complete the development of another 453-unit gated community houses under construction in Ruaka on the outskirts of Nairobi, a project estimated to cost just above Ksh 2.5 billion.

Mr. Mutua, however, said there has been a general slowdown in the market due to the prolonged politicking that has resulted in low uptake of the houses.

“We have noticed that there has been a slight dip in the market, especially during this electioneering period. By now, we would have sold up to 80 percent,” he said. Netflix to raise Ksh. 190 billion in biggest round of debt financing 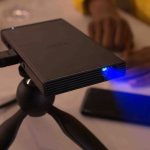 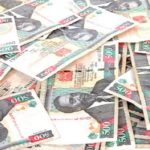 NGO Numbers in Kibera, and the tweet that was meant not to be!!!