Content is broad. Content such as this article, Office Work (Accounting, Bookkeeping, Spreadsheets, Databases, Word Processing), Professional Photography, Filming,  Audio Production, Research and Data Analysis, and similar others cannot easily be created via smartphones – no matter how smart the smartphone App for that particular professional content is. This is mainly due to design, size, and hardware limitations inherent in smartphones.

Despite the obvious fact that professional content mentioned above cannot easily be created via smartphones, we find smartphone companies led by Samsung, Apple, Huawei, Oppo and a few others paying too much attention to making smartphone cameras mimic capabilities of professional DSLRs or mirrorless cameras at the expense of the two core functions of smartphones. For example, you will find Google implementing AI on the Google Pixel 2 XL to allow the phone create professional like portrait photos, yet the company has not invested as much resources to ensure intelligent network signal reception in areas where there are poor network coverage, or greatly improve consumption of social media messages.

The obsession smartphone companies have with smartphone cameras has seen almost all companies implement dual rear cameras on their flagships, with Huawei going a step further to implement a triple camera on the Huawei P20 Pro. The implementation of a triple camera on the Huawei P20 Pro has given the smartphone a name in the industry, as tests with this camera has shown it is better than any flagship camera out there – including iPhone X, Google Pixel 2 XL, Samsung Galaxy Note 8, and Samsung Galaxy S9 Plus, which have been carrying the crown for best camera smartphones before the arrival of Huawei P20 Pro. But I really wonder – to what end?

Secondly, professional photographers, videographers and filmmakers are not going to start using smartphone cameras to create high end professional content anytime soon – may be never. I am not seeing a time when a wedding photographer will charge a client over Kshs 50,000 and appear for the job with Huawei P20 Pro as his/her primary camera or even as a backup camera. I am not seeing a time when principal photography for a Hollywood Blockbuster will be done using an iPhone X. Not only that, but even random photos and videos done by the pros are not done using the small, inadequate and limiting smartphone cameras.

Smartphone companies should invest their resources in bettering smartphones’ signal reception for voice and video calls, ensuring available of cellular signals everywhere across the globe, making smartphone screens smarter and sharper, and improving hardware designs to make content consumption seamless. Investing on cameras on the other hand has made the flagship smartphones more than twice as expensive compared to top end pricing five years ago, but hasndone nothing to improve how people actually use their smartphones.

As a consumer you may be lured to buy a phone such as Huawei P20 Pro for over Kshs 100,000 simply because it has triple cameras at the back and a 24MP front facing camera. But if you strip the camera from the phone, you’d end up with a device that is as good as another one being sold for Kshs 50,000 or less. To make matters worse, you’ll find that someone is ready to spend an extra Kshs 50,000 for device whose major advantage (the triple camera implementation), will not be of any practical use to him or her. If it is a her, you’ll find that most of the time the phone will be used composing endless messages on WhatsApp followed by taking hundreds of daily selfies for IG and snapchat – phone functions that can be achieved by an under Kshs 20,000 device. If it is a him, you’ll most probably find him using the Huawei P20 Pro for scrolling down Twitter and Facebook Timelines looking for selfies taken by a her…and never use that phone for taking any selfies let alone any professional photo – a marketing gimmick Huawei used to lure him to buy that device. 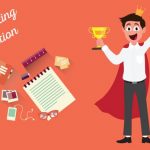 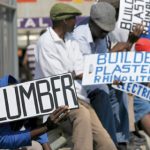 The problem with 7.4 percent as the official figure for unemployment rate in Kenya