In Silicon Valley and on Wall Street, it has long been a guessing game about which of the most richly valued technology startups would be next to test the public markets. On Friday last week, there was an answer: Dropbox, an online file storage company privately valued at S$10 billion, filed paperwork to raise up to S$500 million in an initial public offering.

While Dropbox may not have the glamour of a ride-hailing app like Uber or a streaming music service like Spotify – both of which are likely IPO prospects – the company is in the same broad group known as “unicorns,” which are startups valued at more than S$1 billion by the private investors that have so far funded their growth. How Dropbox fares as it goes public could help determine whether other big companies follow suit.

Dropbox will be especially scrutinized after the fizzling of other tech startups that went public last year. Shares of Snap, the company behind the popular Snapchat app, surged when it went public last March, but it has since struggled to stay above its offering price of $17 a share. And the meal-delivery startup Blue Apron, which went public at S$10 a share last June, is now trading at just above S$3 a share.

Still, the public offering market has gotten off to a fast start this year, with some 34 companies raising $11.87 billion in the public markets to date, according to Dealogic, a data provider. This comes despite a bout of stock market volatility this month that briefly sent the Standard & Poor’s 500 index down more than 10 percent from its high in late January.

In total, the number of private companies worth more than S$1 billion stands at 228, up from 197 last May, according to CB Insights, a firm that tracks venture capital funding and startups.

“We’ve been hoping that 2018 and 2019 would be the big year for tech and the unicorn class,” said Matt Kennedy, an analyst at Renaissance Capital, a firm that provides data on the public offering market. “Dropbox is definitely going to be a milestone.” A spokeswoman for Dropbox declined to comment. 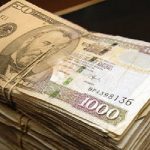 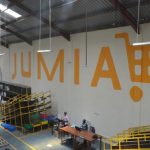 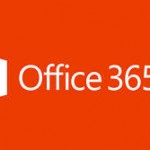