Yesterday, SpaceX simultaneously fired up all 27 engines on its new massive Falcon Heavy rocket. This is a crucial final test for the vehicle before its first flight in the coming weeks. An hour after the test, SpaceX CEO Elon Musk confirmed that the test was good, and that the Falcon Heavy will launch in “a week or so.” It’ll be the first time a definitive launch date has been given for the rocket’s inaugural voyage, a flight that was initially promised to happen as early as 2013.

Today’s test, known as a static fire, is meant to assess the performance of a rocket’s engines prior to launch. It involves restraining a rocket on a launchpad while igniting its engines to simulate the initial stage of launch — but without the rocket taking off. SpaceX typically does a static fire prior to every launch, but today’s is particularly special: it’s the first time the company has fired up so many engines at once.

It means a launch is finally imminent after years of waiting.
It’s been a struggle to get to this point.

The Falcon Heavy is the heavy-lift version of SpaceX’s premiere Falcon 9 rocket. It consists of three Falcon 9 cores strapped together, which provide a combined 5 million pounds of thrust at liftoff. This power will allow the Falcon Heavy to carry around 64 tonnes (63,800 kilograms) of cargo into lower Earth orbit, nearly three times as much as the single-stick Falcon 9.

And just like the Falcon 9, the Falcon Heavy is partially reusable. All three cores are meant to return to Earth and land upright in order to be used for future flights.

Because of this, Musk has said it’s possible the Falcon Heavy won’t achieve its desired orbit. “I hope it makes it far enough beyond the pad so that it does not cause pad damage,” Musk said at the conference. “I would consider even that a win, to be honest.”

That’s why this first flight isn’t launching any science payloads. Instead, the vehicle is lofting Musk’s personal Tesla roadster. If all goes well, the Falcon Heavy will send it into an orbit around the Sun. The car is merely a stunt, but the flight is truly significant. The outcome will determine what lies ahead for the Falcon Heavy: if it fails or does not achieve orbit, then it will mean some amount of reworking on the part of SpaceX, and the timeline of the rocket’s next launches will be uncertain.

But if it succeeds, then the Falcon Heavy will become a commercially available rocket, ready for customers. The vehicle already has a few missions lined up: the next Falcon Heavy launch is meant to carry a communications satellite to orbit for Saudi Arabia, and a third flight will carry a bundle of research satellites, including the Planetary Society’s experimental LightSail spacecraft — meant to test out a sail that can propel vehicles through space using sunlight. That latter mission will also help certify the Falcon Heavy for use in future launches for the US Air Force.

The Falcon Heavy could open up even more possibilities for ambitious commercial missions to deep space. SpaceX originally wanted to use the Falcon Heavy to send the company’s Dragon cargo capsule to the surface of the Red Planet. Though those plans have been canceled, it still means the Falcon Heavy will be more than capable of ferrying large cargo, such as robotic landers, to distant locations in space.

Still, there aren’t that many customers for the mega-rocket yet, and only a few deep-space missions have been proposed for the vehicle. But that all could change once the Falcon heavy is seen in action. 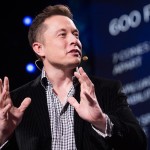