If you have a few million dollars and you want to enter into competition with a company like Netflix that is worth almost a billion dollars then you have already lost, unless you are ShowMax. When it comes to the African market, ShowMax is doing something that Netflix will probably never do; penetrating each African market segment with a hyper local mentality, and ShowMax Kenya is taking the lead in this.

SVOD (Subscriber Video on Demand) platforms are proliferating in Kenya.  Netflix was probably the first SVOD provider to enter Kenya followed by Pan African based ShowMax. Since then we have had iFlix come into the market, Safaricom supported SVOD services,  and latest is Viusasa by Royal Media that has taken vernacular approach. These proliferations mean only one thing, competition is tightening. The competition is however not scaring ShowMax, as ShowMax has positioned itself to effectively compete with both International platforms like Netflix and at the same time go head to head with local centric SVOD platforms like ViuSasa.

To remain competitive both at the Pan African stage and local stages, ShowMax has ensured that content management for International audience is managed from the headquarters whereas content management at local levels have the autonomy to do own content research, marketing, and acquisition. Through research, ShowMax Kenya for example has been able to identify types of shows and titles that are unique to the Kenyan audience. Speaking exclusively to Kachwanya.com, Head of  Content Acquisition and Planning at ShowMax Kenya Denise Mwende explained how local oriented research has enabled ShowMax Kenya to identify the genres Kenyans love watching, which apparently are action intensive and comedy movies and TV series.

According to Ms. Mwende, the research helps the local team to acquire appropriate local content that would appeal to the local audience. This differentiates ShowMax from Netflix in that although Netflix has the capacity to produce in house high budget movies and TV series, where for example Netflix set aside $6 billion for content production in 2017, ShowMax is able to acquire or even produce locally focused shows that may not appeal to an audience outside the local market.

ShowMax has enabled autonomy in the understanding that in each market they are in, consumers of content prefer distinct types of genres and titles that may not necessarily trend in other markets. For example, ShowMax Kenya has identified that most of Kenyan content consumers prefer watching action based movies and series and generally comedy. When marketing content therefore for the Kenyan viewer, ShowMax Kenya ensures that action and comedy oriented titles are given prominence.

The support does not end at local content acquisition and production. This year ShowMax sponsored the Golden Dhow Award where for the first time ShowMax enabled the best film maker in Golden Dhow Awards to receive a cash prize.

To further entrench itself into the local content and particularly improve the quality of local content on ShowMax, ShowMax has started in house production of titles but this is yet to reach Kenya, but Ms. Mwende told Kachwanya.com that the SVOD will soon launch in house titles as research on Kenya’s in-house productions by ShowMax is already underway.

The focus for local market is not limited to content alone, but goes all the way on how that content is consumed. In the next article, we will tell you how ShowMax Kenya is ensuring that the local online video consumer accesses ShowMax content affordably and reliably, given the huge challenge of data costs. 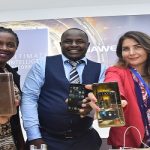 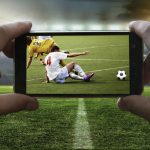 Sport live streaming on Showmax Kenya – all the details