Tech wise, and other than a sluggishly slow Internet – what else makes your life miserable? A cyber cafe operating on P4 and Windows XP computers? I’ll bet you’ll add to the list a device that hangs any time it feels like. Or a device that loses Internet connection every so often – especially when you are just about to watch that hilarious video shared by your crush as a status update.

To be happy therefore, this is what you must do: If you still experience slow sluggish Internet then the best I can advise is to buy the expensive Safaricom Internet or relocate to a neighborhood where Telkom Kenya’s 4G Internet has been made available. Secondly, avoid using cyber cafes. Thirdly, throw aware your slow annoying smartphone and get hold of Samsung Galaxy S8, or S8+.

Samsung Galaxy S8+ might be marketed as an infinite smartphone due to its Infinity dual stylish curved screens, but the phone has a number of other infinite features. Here I am talking about Galaxy S8+’s infinitely powerful network reception, infinitely large battery, and the infinitely beautifully done but never breaking glass protection. Combine these and you’ll be infinitely happy. Oh, I forgot to mention – Samsung Galaxy S8+ also has one of the best infinitely classic cell phone cameras out there right now.

As you have noticed, I am exaggerating – but this exaggeration is simply meant to put the Infinity marketing slogan of the Samsung Galaxy S8+ in context. And here below is the context. This image of Samsung Galaxy S8+’s was was taken yesterday in broad daylight, somewhere in Nakuru. The brightness, clarity and readability of the screen is just amazing. Zero eye strain. You may think that the shade helps, yes of course it helps, but using the phone in direct sunlight is not any worse. You’ll have to try it to believe me.

The screen of Samsung Galaxy S8+ is made of Samsung’s Super AMOLED capacitive touchscreen technology, which is a screen technology rivaled by no other. For Samsung Galaxy S8+, this screen comes at 6.2 inches, but interestingly the phone is way smaller, width wise, when compared to a phone like the 6 inch Infinix Note 3. The reason Samsung Galaxy S8+ has a bigger screen despite the smaller body (159.5 x 73.4 x 8.1 mm) is the dual curvature in both ends, which ultimately gives the phone close to zero bezel at the point of joining the metallic edge.

This screen is corning glass protected, and not by any other corning glass protection, but protected by Corning Gorilla Glass 5, which, according to Corning, “raises the bar for protection against drops higher than ever, surviving 1.6-meter, shoulder-height drops onto hard, rough surfaces up to 80% of the time. That’s up to 4X better in drop failure height than competitive glasses”.

Then, according to Samsung, the screen in Galaxy S8+ unboxes your world by enabling “pure content” visualization at “virtually no bezel.” Accordingly, the Galaxy S8+ screen is “the biggest, most immersive screen on a Galaxy smartphone of this size”. At 2K pixel resolution of 1440 x 2960 pixels, that is 529 ppi pixel density, you will not want to view photos and watch videos on either Galaxy S8 or Galaxy S8+ and go back to, well, Infinix or related lower devices.

The phone I have ever used with biggest battery power is the Infinix Note 3 and Infinix Note 3 Pro. Both of these phones have non-removable 4500mAh batteries, that when used sparingly, can last up to three or four days. However, whenever I used the phones to play power hungry games like Chess, the battery drained just as fast like any other ordinary phone, giving me roughly 10 hours of game time.

Then we welcome Samsung Galaxy S8+. A phone that is both smart and intelligent when it comes to battery consumption. At full charge, the phone promises to give you 28 hours of use time before next recharge. Interestingly, that seems to be the minimum time.

The battery on Galaxy S8+ is 1000mAh less than that on Infinix Note 3, as it comes with a non-removable 3500mAh battery. This battery, although it is way less than that in Infinix Note 3, performs two to three times better. It charges faster (both phones have flash charging tech), and lasts longer. According to information on GSMArena, the battery can survive up to 88 hours on standby, provide 16 hours of continuous video playback time, and 12 hours of continuous web browsing.

With Samsung Galaxy S8+ therefore, unless you are planning a long distant trip to a far away wilderness, you probably will never use a power bank.

If there is one powerful reason to buy the Galaxy S8+, it is the camera. I wouldn’t go into the details of the 12MP rear camera with its phase detection autofocus and optical image stabilization, or even on similar features of the front selfie 8MP camera, but I would say that if you want a DSLR quality picture from a smartphone, then the Galaxy S8+ camera is the phone camera you’ve been yearning for.

Look at these two side by side images and tell me which one is from Galaxy S8+. The other one is from Sony A7 mirrorless but DSLR equivalent.

The Samsung Galaxy S8+ cameras, both rear and selfie, have this feature called Selective Focus, a feature that should enable you to take DSLR quality picture (see the selfie below), but it doesn’t work very well all the time. To get DSLR quality pictures therefore, you will have to take headshots or half passport type photos. The camera works best in this mode when it is 5cm away from the subject, more so given that the mode doesn’t allow you to zoom in or out. To conclude this camera section, it would be injustice if I don’t report what the model featured above said about the selfies she took with the camera. “Damn, I have never seen such good clear pictures from a phone”, she said.

The three most important features of both the Samsung Galaxy S8 and Samsung Galaxy S8+ phones are the screen, the battery and the camera. In addition to those, it is important to mention that by sleekness and design the phones currently carry the crown, otherwise they wouldn’t be the best selling smartphones of 2017, propelling Samsung into the most profitable smartphone manufacturer, at least before Apple releases its latest rendition of iPhone.

The galaxies also are water protected with  IP68 certified  dust and waterproof protection, which should give the phones with water resistance capabilities when the phones are under water in a depth of over 1.5 meters and up to 30 minutes. The phones also have Iris and fingerprint scanners that I never used. The Iris scanner is completely annoying while the fingerprint scanner was tiny and misplaced at the back of the phone. Powering the phone is an Exynos 8895 Octa – EMEA Samsung processor which come with Mali-G71 MP20 – EMEA GPU. Storage and RAM are at 64 GB, 4 GB respectively, but there is the higher version with 128GB and 6GB storage and RAM respectively.

The bluetooth in Samsung Galaxy S8+ is the latest yet – Bluetooth version 5.0. Bluetooth 5.0 promises twice the data transfer speed of the previous version and has enough bandwidth to support two sets of wireless devices at the same time. The range is also increased from 10 meters to 40 meters, and can support two devices, e.g. two bluetooth headsets, simultaneously. The Galaxy S8 and S8+ are the only smartphones with this technology currently.

For these and more, get your Samsung Galaxy S8  for Kshs 85,000 or S8+ for Kshs 95,000 at Safaricom shops countrywide, or you may buy through installments from Lipalater.com portal.

By the way, on the picture I asked you figure what which image was taken with Galaxy S8+, it is the image on the right. 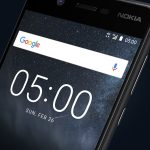 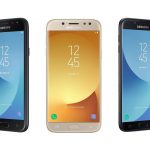