Early this year, the move to introduce digital licenses was received well in Kenya, where Ksh 300 million was allocated by the Treasury in the proposed national budget. This kick started the procurement of the digital licences, which were projected to play a great role in curbing road accidents. However much the issue is a welcome development in our country, this might just be another initiating cause for corruption or maybe on the brighter side, this will mean more business for taxi companies since Kenyan drivers and especially drunk drivers will be keen to avoid any update on their charge sheets whatsoever.

Most road accidents, according to the National Transport and Safety Authority (NTSA), are caused by careless driver who are not compliant with traffic regulations. The smart license will also help in combating corruption, a cancer that has been eating up the transport sector for a very long time. “The new card will also act as a bank card so that drivers will be able to pay for driving fines virtually, eliminating the need for cash transactions,” an NTSA official had made it clear that drivers would also renew them online.

A deeper look into the new licenses shows reveal that they have embedded chips which contain information such as personal identification details, offences which have been committed before as well as warnings and fines paid. NTSA has acquired 500 card-readers to help in decoding information history and user information. The data is contained in a database which officers can then read and add charge sheets where necessary. The smart licences come preloaded with points, which are deducted whenever a driver commits a traffic offence. Cumulative deductions will eventually lead to a point where the driver will eventually be automatically suspended.

NTSA says that it is now ready to go live with the new infrastructure, with drivers switching to the digital driving licences later this month. President Uhuru Kenyatta will launch the initiative once preparations are finalized. “Upon its launch later this month, the rollout will be progressively escalated to ensure that we have more card readers on the roads and enough licenses printed and ready to meet the demand for new applications as well as renewals.” Fernando Wangila, NTSA ICT head said. “The licences will bear details of the holders, including their photos. The chip stores driving histories and serves as a payment wallet connected to the Judiciary,”

The use of the points system has largely been used in the west in ensuring that drivers and motorists abide by the traffic rules. The card comes loaded with 20 points, deductible in relation to traffic offences. Serious offences such as driving under the influence are characterized by deductions of over 10 points, fines and other disciplinary actions. 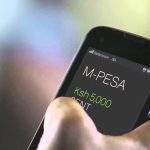 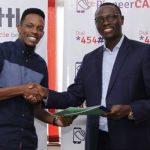 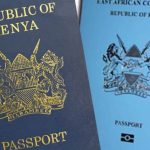 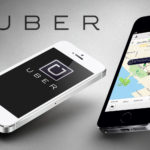 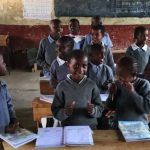