Samsung is preparing to roll out an early software update for its newly-released Galaxy S8 phone after customers complained of red-tinted screens.

The launch of the device is a key step for the South Korean tech firm as it seeks to move on from last year’s humiliating withdrawal of the Galaxy Note 7 over exploding batteries, which hammered the firm’s once-stellar reputation. The Galaxy S8 has already started over-the-counter sales in the US and its home market but South Korean users who pre-ordered the phones complained their screens displayed an unusually reddish hue.

Online images of their phones went viral on social media but Samsung denied there was a hardware flaw and maintained that users could manually adjust the color range according to their preferences.

As more users voiced doubts, Samsung said a software update would fix the problem by allowing them to readjust colors over a wider range than at present.

“Samsung… has decided to release a software update starting from this week which will provide consumers with a further enhanced ability to adjust the color setting to their preference,” it said in a statement.

The company has pinned its hopes on the Galaxy S8 to compete against arch-rival Apple’s iPhone after last year’s Note 7 disaster. The recall debacle cost Samsung billions of dollars in lost profits and hammered its global credibility, forcing it to apologize to consumers and postpone the S8 launch.

Another issue that some early users have complained about is the fingerprint scanner placement on the new S8.

Samsung has been forced to move this security sensor to the rear of the phone and the Korean technology company’s designers have placed it right next to the camera lens. With the scanner so close to the rear snapper there could be a tendency to get mucky fingerprints all over the lens.

This problem could become even worse for users when Samsung Pay is released in more countries as the system only works via fingerprint recognition. Samsung appears to be aware of the issues this may cause and is alerting users to make sure they keep the camera clean.

As users set up the fingerprint authentication, a note will pop up in the camera app explaining that “A clean lens makes for better shots. Clean your camera lens to keep taking better pictures.”

Samsung is also preparing to sell some of the recalled Note 7 smartphones as “refurbished phones or rental phones”. 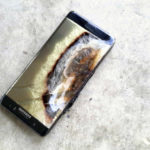 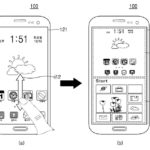