Motorists and households have emerged as top gainers after the energy sector regulator announced a cut in fuel prices for the month beginning April 15.

The price of super petrol, used by motorists, is set to drop by Sh3.06 per litre to Sh98 in Nairobi, down from the current level above Sh100.

Consumers will obtain the same commodity at Sh94.73 in Mombasa (cheapest location) and Sh106.40 in Wajir, which is the most expensive market for petroleum products in Kenya.

Kerosene, used mainly by poor households for lighting and cooking, also drops by Sh3.58 to retail at between Sh61.63 per litre in Mombasa and Sh72.73 per litre in Wajir.

Diesel, used mainly by farmers and transporters, however drops by the smallest margin of Sh1.82 per litre to retail at between Sh85.36 in Mombasa and Sh97 per litre in Wajir.

“The changes in this month’s prices have been as a consequence of the decrease in the average landed cost of the imported super petrol, diesel and kerosene,” the sector regulator’s acting director-general Robert Oimeke said. 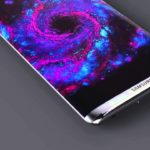 Only if Mshwari was part of the CBA Loop App Aviation fuel in the future will be sweet says researchers