Urbanisation, defined by BBC Bitesize as “an increase in the proportion of people living in urban areas compared to rural areas” either due to rural-urban migration or simply through reproduction by urbanites themselves, or both, has posed serious challenges to urban areas ranging from traffic congestion nightmares, pollution, extreme inequality, strained public services, unemployment, rise of slums, and insecurity. In this second and last article in the series of #MjiWetu articles (here is the first part of the series), we want to talk about how building cities within a city can help alleviate some of these urbanisation challenges.

The concept of cities within a city is not new. In Italy, we have known of Vatican, which is not only a city but also a country of its own, that resides within the heart of Rome. In the US we have major cities boasting of several smaller cities within them, with New York alone having cities such as Brooklyn Navy Yard, Industry City, 1000 Dean and a few others around it. Cities within a city mainly arise due to the need by the well-of city dwellers to reside at the city suburbs, but at the same time be able to access city amenities that include high end malls, access government and private sector services, and recreation facilities.

In Kenya we still do not have functioning cities within a city except for Tatu City that intends to “create tens of thousands of jobs and also bring about a 5% reduction in Kenya’s housing deficit by building thousands of affordable and middle class housing units.”  The others are Konza Tech City that is already under development and Northlands by Kenyatta family that is still in blueprints.

These cities within a city and specifically Tatu City aim at decongesting Nairobi CBD by redirecting traffic to themselves. The housing problems seen in Eastlands and the slums of Nairobi are also addressed to an extent  as the new cities give rise to new but affordable middle class housing units. Pressure on public facilities such as hospitals, schools and open spaces are also alleviated as the families that move to cities such as Tatu City create space at their former areas of residence.

If approximately ten cities within a city arise around Nairobi, with each city catering for an average 200,000 people, then 2 million of the 6 million Nairobi residents would move away from the CBD and its suburbs and consequently create space and also ease the workload on several public facilities. Traffic congestion would be more manageable, living standards raised, unemployment reduced, and extreme inequality bridged.

In the first article of #MjiWetu, we saw how security is a serious challenge that cities have to cope with. The design of cities within a city is such that modern technologies are deployed to avert security threats. As cities within a city take shape, valuable lessons on how to effectively manage security will be learned and these lessons can be scaled to the wider Nairobi city, and the implementation of similar security management measures will ensure that security prevails in the larger CBD.

The lessons to be learned from the small scale cities within a cities will not be limited to security alone. Planning for housing, waste management, roads, traffic, construction of new schools and hospitals, shopping centers, and many other projects will have immediate blueprints that can easily be deployed to the larger cities, even outside of Nairobi.

To conclude this article, it is important to mention that developing cities within a city is not and will never be the permanent solution to challenges facing urbanisation. The most effective way to deal with urbanisation would be to provide the social amenities such as electricity, transport and communication networks, and modern schools and health centers in all parts of the country. After developing the entire country equally, then the small scale cities like Tatu City could be constructed at the suburbs of rural towns complete with ultra modern technologies and facilities.

Developing the entire country equally and especially centralising residential areas right in the the heart of rural places will free land for Agriculture and afforestation, help industrialise the rural places, and ultimately stop rural urban migration. It is only when the small scale cities e.g. the failed AgriCity that was visioned for Homabay County or the failed MachaCity that Governor Mutua hyped immediately after his inauguration materialise will we see meaningful development in rural areas and consequently a spike in the country’s economic growth.

The problems different people face due to urbanisation are as diverse as the people who experience them. As our trusted reader we would like you to be rewarded by sharing with us a few of the challenges you have gone through resulting from your life in an urban settlement. Share your story via www.mjiwetu.com and the best story (article or video) will receive a cash reward. 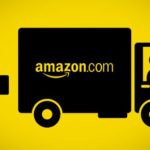 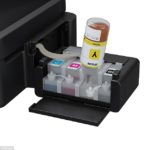 Konza City wakes up from slumber with new vigor, and there is hope things will be much better 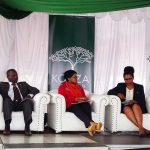 Konza City to host several US based SMEs once completed