Thirteen years later, Peugeot will restart assembly of its cars in Kenya. The firm stopped assembly of the Peugeot cars in Kenya back in 2004. PSA Group has partnered with Urysia Group to assemble the cars.

Groupe PSA, a French multinational, manufactures cars and motorcycles which are sold under the Peugeot, Citroen and DS car brands. On the other hand, Urysia Group is the distributor of Peugeot cars in Kenya.

PSA Group looks will be investing Ksh.1.2 billion towards this project. Once the assembly line becomes operational about 200 individuals will stand to benefit from employment opportunity offered.

The investment will initially produce about 1,000 units annually. The Peugeot 508 model will be the first vehicle to be assembled with a projected roll out date of June 2017. The Peugeot 3008 SUV will then be the next in the assembly line. The vehicles will be built using kits of pre-assembled modules with the Kenyan distributor Urysia. The firm looks forward to ultimately assembling five different models locally.

Assembly of the Peugeot cars locally will lead to relatively lower prices of these car models. For one, they will be exempted from import and excise duty. Import duty currently stands at 25 percent while excise duty is levied at 20 percent of a car’s value. Since the Peugeots will be completely knocked down (CKD) vehicle headed for assembly, they stand to benefit from these tax exemptions imposed on fully-built imports.

Back in January this year, Indian vehicle manufacture, Ashok Leyland, declared their intention to set up a vehicle assembly plant in Kenya. This revelations were made by the Industrialisation Cabinet Secretary, Adan Mohamed, via his official Twitter handle.

Ashok Leyland is planning to establish an assembly plant in Kenya following engagement with their leaders in India. pic.twitter.com/65UNxxhre1 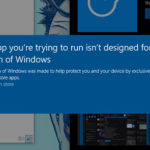