Kenyan digital currency payments startup BitPesa has raised $2.5 million in a new Series A funding round. The startup said the focus of this funding round is to enable further expansion across West and Southern Africa, as well as upping its operations in Europe. This brings BitPesa’s total equity funding raised to date to nearly $4.25 million in under four years since its launch. The amount could be more due to the undisclosed investment received from The BitFury Group back in February 2016.

“We are well on our way to achieving our goal of becoming the largest licenced payment company in the UK, Europe and Africa that offers real-time settlement at wholesale FX rates to frontier and emerging markets, with best in class compliance and customer service.”

“BitPesa is well positioned to dominate the huge market opportunity for digital payments across Africa and beyond. It takes a locally-based team to work in the evolving landscape of frontier market financial services, and BitPesa’s approach to investing in teams, infrastructure, and compliance from Lagos to London gives them a strong advantage.”

BitPesa was launched on 1st November, 2013 in Nairobi, Kenya where its headquarters are situated. Other offices are situated in London and Lagos. Nigeria is currently the startup’s largest market.

BiPesa is a payments platform that offer an easy way for individuals and businesses to make payments to and from sab-Saharan Africa. The startup accepts bitcoin payments and provides its users with local currencies in return, which it then deposits into bank accounts or mobile money wallets. The digital currency payments platform also engages in selling Bitcoin in Kenya, Nigeria and Uganda. 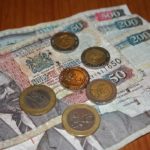