Over the past two weeks, both National assembly and the senate have been hang on the contentious Election Laws (Amendment) Bill 2016. All kinds of ridiculous suggestions have been thrown around by the members of the house igniting all kinds of reactions from the public.

However, Joe Mucheru has hit us with another analogy and it is interestingly dumb.  Information Cabinet  Secretary Joe Mucheru has told the Senate Legal Affairs Committee that an electronic system might be hacked or destroyed by Al-Shabaab, and is also prone to network failures.

The committee chaired by Amos Wako is currently gathering public views on the bill that was passed by the National assembly and referred to the senate.

“As a country, we cannot be held hostage. We need to have a backup to provide alternatives when such a situation occurs,” said the Cs. How we got to a point where Al-shabaab is the enemy during election is still something I am trying to figure out.

I stand to be corrected but the theory feels coercive and conniving. Now that the mention of the militia group instills fear to Kenyans, Mucheru saw it fit to use it as a reason to have a  manual system alternative during the general elections. Mucheru, the only man (being the ICT Cabinet secretary) we were looking up to, to defend full use of electronic voting.

Except for the famous reason that the government plans to rig the election, sitting in different discussions, the only justification to using a manual system as the alternative is the fact that remote areas in the country lack proper telecommunication network. This way, results will have delays sending to the tallying centre. Again, I am not a supporter of any of these theories because I probably do not care who my next president will be?

Deputy Senate Speaker Kembi Gitura and Kiraitu Murungi agreed with the CS, saying it is unfair for Kenyans to be duped into believing that a manual system will lead to rigging. Office.com receives first major update since its roll out in April, 2016 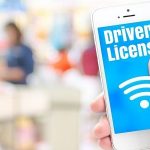 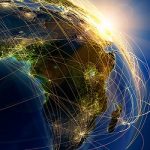