Apple and Microsoft’s two in one drama

Microsoft  and Apple are back at it again…Microsoft seems to be laughing last on this one though.  In 2012, Microsoft released the surface pro (First ever surface) alongside surface for windows RT at a time tablets and laptops worked independently. The release, a combination of the two devices was received with a lot of backlash from both consumers and competitors.

Apple’s CEO Tim Cook was fast to dismiss it saying it is pointless to combine the two devices, saying that it would involve too many tradeoffs and that the consumer would not find it appealing. “You can converge a toaster and a refrigerator, but those things are probably not going be pleasing to the user.” Said Cook in reference to the Surface pro.

Well, with the recent release of the IpadPro, a device similar to Microsoft’s surface. It must have taken a lot of gut after the ridicule in 2012.

Microsoft CEO, Satya Nadella has come at the company carefully restating Cook’s same words “Does anybody need one? And now guess what, even our competition has decided that it’s not a refrigerator and a toaster, but it’s actually a two-in-one.”

During the Ipad pro release in August, consumers were confused when the company said it was a tablet then later put up ads claiming it was a computer. Seems like someone is claiming to be technically correct three years later…

No smartphones for Microsoft

Nadella says he will be steps ahead technology-wise and will watch as the rest follow suit. In an interview with the Australian Financial Review,  Nadella explained he was confident his company’s aggressive pursuit of artificially intelligent cloud computing would pay off, and said the company would not rush back into the smartphone market to try to compete with Apple and Samsung despite rave reviews for recent devices.

Mr Nadella was in Sydney on a brief visit Down Under last week, in which he addressed a local developer’s conference to outline its advances in cognitive computing, and increasing strength of its AI-driven Azure cloud-based services.

“We don’t want to be driven by just envy of what others have, the question is, what can we bring? That’s where I look at any device form factor or any technology, even AI,” he said.

Mr Nadella said that, in his two and a half years since taking over as CEO from Steve Ballmer, the company had found success by focusing strongly on areas it believes it can do something differently to rival tech firms, and that he has endeavored to instill a culture where his workers were no longer afraid to fail. 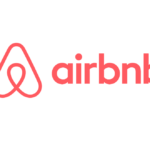