No more Galaxy Note 7. It is the end of the road for Samsung’s flagship device. The company has come out clear and officially halted production and sale of the defective premium phone. Not just for a short period but permanently discontinue production and sales of its embattled Galaxy Note 7 smartphone. This news was shared by Samsung Electronics Co. today Tuesday, 11th October, 2016. There are rumours making round that Samsung could possibly abandon the entire Galaxy Note series as a whole. This potentially means that we won’t be seeing the Galaxy Note 8 come next year.

“Taking our customer’s safety as our highest priority, we have decided to halt sales and production of the Galaxy Note 7”

This comes after a string of reported incidents in which supposedly safe replacements of the premium smartphone overheated and in some cases caught fire. The move by Samsung to do away with the Galaxy Note 7 flagship smartphones caused its shares to fall by 8%. This decline is Samsung’s biggest one-day fall in eight years.

As a caution Samsung advices all individuals who possess either an original Galaxy Note 7 or a replacement for that matter to stop and cease using the device with immediate effect. They should switch off their devices. It is worth remembering that Samsung had issued a recall order of 2.5 million Galaxy Note 7 devices that had either been sold, were in stock or were in shipment.

Initially, Samsung claimed that a faulty battery was the one causing the smartphones to explode. Samsung went ahead and cut out of its production process the bad battery supplier. Even after clearly stating that the replacement Galaxy Note 7 devices were safe since they didn’t include batteries from the supplier that it had initially identified as the source of the problem, they too were reported to explode. This raises eye brows as to the true cause that is causing the devices to explode. Could it be because Samsung did things in a hurry so as to launch their flagship device before Apple’s iPhone 7?

For now existing users who possess a Galaxy Note 7 will be issued with a refund or an alternative Samsung device if they so wish. The same applies to individuals who had pre-ordered the smartphone. Atleast Samsung has the Galaxy S7 to fall back to. How to send money to any mobile money provider (M-Pesa, Airtel Money and Orange Money) 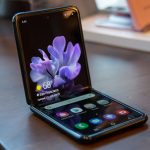