Remix OS, one of my favourite desktop operating systems and the one I championed as being perfect for the Government schools laptop project snagged a good update and along with that, Jide released a Windows version of it. They have called it the Remix OS Player, an Android emulator that joins the likes of Bluestacks and Andyroid in turning your Windows computer into an Android, well, player as well.

Now mind you, this is not an OS that you install alongside your Windows (or other OS) installation. It is a program (it in fact comes as an EXE file) that runs in Windows. If you have used Bluestacks then this will be familiar. And how is this any different? Well, it is said to be faster and of course, Remix’s multi-window capability! Jide touts the ability to play multiple games at the same time (is that possible?) while savouring the joy of ‘button mashing while gaming’.

The free ‘Remix OS Player’ is free and comes bundles with Google’s (now ubiquitous) Play Store to give you access to the millions of apps and games. This is based on Android Marshmallow (6.0) with Jide’s magical multitasking touch on it.

Jide recommends the following minimum resources for the player to work well:

While this is great, I can’t help but wish there was more. I specifically hoped there would be drag-and-drop support between Remix OS’ virtual machine and the host Windows OS. Also but this is asking too much at this stage, native window capability, where I can launch Android apps in native Windows windows. You know, having Remix’s virtual machine running in the background and having a beautiful interface marriage between the two. Wishful thinking. 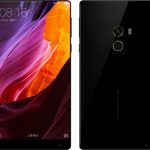 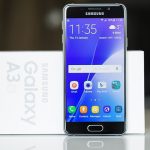