The IFA Berlin 2016 event began on 2nd September and is expected to come to an end on 7th September. As is the case, the event is taking place in the capital city of Germany, Berlin. For those who are not aware, IFA Berlin (Internationale Funkausstellung) is an annual consumer electronics show which often serves as a launching platform for smartphone and tablet manufactures. This year’s event has over 200,000 individuals who are either exhibiting or just attending. IFA can be compared to an extent to MWC (Mobile World Congress), the world’s biggest phone show, albeit at a smaller scale.

The following are the two devices that caught the attention of most tech enthusiasts at IFA Berlin 2016;

Number one on the list is a device that we reviewed last week in this article. The most impressive features of the Lenovo Yoga Book is that it comes with a flat keyboard which also doubles as a writing surface. Apparently the keyboard is pressure sensitive which literally means that you can place a sheet of paper on top of the flat keyboard surface and go ahead and scribble on the paper. This results in a virtual copy of what you have written recorded on the tablet. The Lenovo Yoga Book comes in two versions. One powered by Android the other powered by Windows.

The Asus ZenWatch 3 is an Android Wear 2.0 device. It is a watch made from high-quality materials aka “jewellery-grade” which gives you a luxurious feeling on the wrist. Unlike the first two iterations of the ZenWatch that spotted square displays the new ZenWatch 3 comes packed with a round display. To push things to the limit it offers its own version of fast charging referred to as “HyperCharge”. This is a first one from an android wear device. It guarantees you 60% percent charge once you dock it up for 15 minutes flat. For customisation it comes with three buttons which is unlike other Android Wear based smartwatches.

The ZenWatch will be compatible with smartphones running modern versions of Apple iOS and Google Android operation systems. 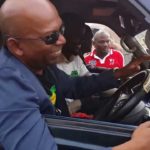