Samsung Galaxy Note 7, the smartphone we told you every sane human should own, was finally unveiled at the 2016 Samsung’s unpacked event held at Hammerstein Ballroom, Manhattan Center in New York on August 2. As was expected, the Samsung Galaxy Note 7 features top end specs that surpass almost every other smartphone in existence to date, but most importantly, the latest Galaxy Note device is protected by Corning’s toughest glass technology, the Corning Gorilla Glass 5.

What Corning Gorilla Glass 5 promises is that if you are of an average height and you hold the phablet 5.2 feet high, which is approximately the height of your ears while standing, and you are walking on a rough pavement down the streets, and then a bad omen visited your hands forcing your expensive gadget to suddenly drop to the pavement, your phone will remain as intact as though it dropped on a pillow – it will hit the ground gracely and survive without a scratch. With that, you will rest assured that your over Kshs 90K investment in the Samsung Galaxy Note 7, even if the drop happened on a ground covered with water, will not go to waste as both the phone and Stylus are also water resistant.

The Samsung Galaxy Note 7 also comes with one new feature, the introduction of USB Type C connector away from the micro USB connector. Other than being a standard that is being pushed for Universal use, USB Type C is the connector that promises improved phone charging capabilities and efficient data transfer rates.

With 64GB Internal storage and ability to expand up to 256 GB through the microSD slot, 4GB RAM, 3500mAh battery capacity, a rear 12 MP camera with the Samsung Galaxy S 7 sensor (best smartphone camera to date), and a powerful Snapdragon 820 or Exynos 8800 processors (depending on region), the Samsung Galaxy Note 7 indeed promises to deliver a smartphone experience like no other.

The Samsung Galaxy Note 7 is set to be available in most markets by August 19th, and when it does, we expected it to arrive in Kenya shortly after. As already explained, the Smartphone will launch at the price range above the Kshs 90K mark as carries in the US are already offering the phone at $850 to $880. 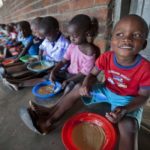