Why Uber Should Be Worried About Safaricom’s Little Cab

The taxi scene in Kenya is one coupled by surprises and indifference. Before Uber joined the taxi hailing scene in January of 2015, most people had just started getting acquainted with other taxi -hailing apps like Easy Taxi and MaraMoja. Then Uber made its entry and one year later local taxi drivers were up in arms protesting against it. Also, Easy Taxi has since stopped operations and Maramoja is barely surviving. Safaricom, in partnership with Craft Silicon is scheduled to launch Little Cabs this month, promising to offer lower prices than Uber and other existing hailing apps.

But will this work for Safaricom? Little Cabs has already signed up former Easy Taxi drivers and will base its operations from this market. For the 2 years that Easy Taxi was operational in Kenya, it only managed to cover a little over 150,000 rides. For the one year Uber has been operational in Nairobi, it has expanded to launch in Mombasa and recently in Thika. The protests by local taxi drivers also helped improve Uber’s chances, bringing in more drivers to the platform. With all this at play, Uber seems to be doing more than well so far.

What is Safaricom’s Little Cab Up Against?

Early this year, Dubai’s Mondo ride launched operations in Kenya. The taxi service app has since attracted at least 1000 drivers and the users of the app seem to only have good things to say. Having a conversation over the best taxi hailing apps available in Kenya, one user speaks of why she would not consider downloading Uber.

“Have you used Mondo ride?” she asks. My answer to this question is no, as the only hailing taxi apps I have interacted with directly are Easy Taxi (now long gone) and Uber. “Well, you are missing out on something very good. You get to choose the driver you want to pick you up and the pay is standard despite the traffic you encounter, unlike Uber,” she says. My only question at this point is if she has ever tried using Uber for her Taxi services, to which she says yes.

At my realization of all this, it became clear that the biggest threat to Safaricoms’s Little Cab is actually Uber. The taxi service has earned itself such a global name that it is so hard for any other taxi service to beat, except of course in China where Uber’s rival Didi Kuaidi maintains first position in the sector. The two have had a close competition, with recent worries that Uber may be finally catching up, despite the obvious social barriers that exist in the country.

Safaricom’s Little Cab hopes to attract the larger local community, promising customers to be cheaper than Uber and all other taxi-hailing apps. But is being cheaper the gateway that Kenyans are looking for? Airtel has used cheaper prices to appeal to Kenyans and make a name for themselves in the mobile operator markets, yet people still chose the one network they hate to love, Safaricom. Yu focused on cheap tariffs when it still operated in Kenya, with free call options across networks, yet Kenyans still chose to stick with Safaricom – a more expensive platform for both voice calls and data.

Why Low Costs May Work for Safaricom’s Little Cab

Uber, the global taxi-hailing app is seeing success in every town it launches. The service has invested in marketing so much that everyone wants a taste of the experience that is Uber. Mondo ride, on the other hand, is recently new in the Kenyan market and yet already attracting positive customers to the platform. So, just what will happen when Little Cab launches? Safaricom’s Little cab promises low costs, which is what Mondo ride is already offering. The Dubai taxi service charges standard rates despite the traffic, which is very different from Uber that changes prices depending on traffic and demand.

If all Kenyans were to be surveyed, chances are they would go for anything that is cheaper than usual. This means Safaricom’s Little cabs may have a chance in the Kenyan market, especially if they stick to their promise of low prices. The Mpesa option is another factor that could impact the current taxi scene, with most customers opting to pay for the service through Mpesa. For you to pay for Uber service through Mpesa, you have to send the amount to a given number, which requires that you include additional charges of withdrawal and sending. It may be important to note that when Uber launched earlier in 2015, the major question from potential customers was if they could pay via Mpesa.

Mpesa has been the greatest source of revenue for Safaricom and is now becoming more than a paying option to many. Anyone can now use MPesa to buy airtime, pay bills, transact between bank accounts and save money at the comfort of their mobile phones. The fact that Little cabs will have this as a payment option may be what differentiates Safaricom’s new cab service from Uber, Mondo ride and even MaraMoja. Unlike all these existing services, Kenyans will be able to pay for taxi services through M-Pesa, which is a better option to most people who don’t like moving around with cash.

How Safaricom’s Little Cab matches up to Uber

When Yu and Airtel focused on using low prices to attract the youth and other people looking for cheaper options, they forgot about delivering top notch service.  Yu failed in the process, sold its Kenyan stake and Airtel became the second best option to Safaricom. While most Kenyans may hate dealing with expensive tariffs, their love for fast internet and good service surpasses the costs made available. That is why you will have a hard time finding anyone who is not on the Safaricom network. As annoying as it may be for most Kenyans to support Safaricom’s marketing plan, the outcome is what most people are looking for and Safaricom knows exactly that.

However, as Safaricom is good in its network provision and Mpesa services, the Little Cab will need much more to meet what Kenyan travellers are looking for. Hailing a cab is more than just travelling from one place to another and the fact that Uber has already made its mark, Safaricom will have to do more than offer low prices for its services. Paying via M-Pesa is great, and so is paying cheaper prices for the same services. But just like Yu and Airtel never succeeded in bringing down price charges to gain subscribers, the success of Safaricom’s little cabs will need more than low prices. Uber has invested a lot to maintain their global brand and Easy Taxi’s main sponsor pulled away to focus on Uber. Unless Safaricom is willing to invest a similar amount of money as it has invested in its marketing strategy, the Little Cab app may follow the Easy Taxi route. 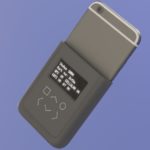 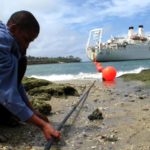 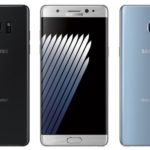