Mobile phones for mass use entered the market in the late 1980s and early 1990s. These phones were bulky. We called them booths. You needed a briefcase or a handbag to carry them around. By the late 1990s to early 2000s, feature phones emerged. These were phones that had several features in addition to offering the basic call services. The features were things like Camera, Internet Access using GPRS, Bluetooth Connectivity, Colour Screens, and a few others. By late 2000s (from 2007), basic mobile phone features were integrated into one device that introduced two things – touch screen and ability to add or remove features at will via App Stores – and todate that’s what we still have and we call them smartphones. We are now getting into late 2010s and according to latest statistics on smartphone sales, smartphones have served their purpose – meaning it is time for the mobile phones to undergo another paradigm shift – a shift towards a world without smartphones.

The report by Apple that for the first time in history it recorded a drop in the sales of iPhones marked the end of smartphone growth.  According to industry research analysts such as Jupiter that reported a contraction of smartphone sales by 6% by the end of quarter one 2016, and IDC that reported that vendors shipped a total of 334.9 million smartphones worldwide in the first quarter of 2016, the smartphone market has become saturated, such that starting this year moving forward, the worldwide smartphone market will be contracting and will soon reach its death. In a move to replace smartphones, already Google, Samsung, Sony, Microsoft and others are working to take us the new world without smartphones.

Several months ago Kachwanya and I had a debate on the future size of smartphones. Kachwanya held that just the same way feature phones were once big but changed to become tiny small finger sized gadgets, in the near future smartphones will also start becoming smaller. I disagreed with him – and my points of argument were two fold; that smartphones have been changing from being tiny devices to gigantic devices they are today. Secondly, the reason smartphones seems to have settled at 5 to 6 inches is the need to offer better picture viewing, video watching and game playing experiences – smartphone application that have been found to be unfulfilling in smaller screens.

But the stagnation in smartphone growth that is forcing the likes of Samsung, Google, Sony and others to rethink the smartphone industry is indicating that in the near future smartphones will be so tiny – microscopic tiny, that in essence we will be living in a world without smartphones. As the new Google CEO Sundar Pichai wrote to Google’s Shareholders on April 28, 2016, Google is “looking to the future”, a future where “the next big step will be for the very concept of the “device” to fade away.”  The question therefore is, how will people communicate in this new world without smartphones?

Pichai provided the first hint when he wrote, “over time, the computer itself—whatever its form factor—will be an intelligent assistant helping you through your day. We will move from mobile first to an AI first world.” How near is this AI future? AI is already controlling our communication via our smartphones. Google AI is already able to tell us what we want to read even before we search for it, able to make phone calls on our behalf, able to caption our photos, search photos that have no caption, and able to reply to our email messages when we are too busy to do so. The question then is, how will smartphones disappear?

Recently we ran a story showing a patent that Samsung had filed that intends to create smart eye contact lenses. In that article, we also showed how Google had filed for a patent for another eye contact lens but that will be useful in managing diabetes for diabetes patients. A few days later, Sony was awarded a patent for contact lenses that can be controlled by the user’s deliberate blinks. As CNET reports, “Sensors embedded in the lens are able to detect the difference between voluntary and involuntary blinks. The image capture and storage technology would all be embedded in the lens around the iris, and piezoelectric sensors would convert the movements of the eye into energy to power the lens.” As we showed in our story, these contact lenses have the potential to replace smartphones and take us to that world without smartphones.

When these contact lenses mature, the next question the tech companies will need to answer is how to send information straight to the retina, so that the need for screens is eliminated. Technologies that send images directly to the retina are known as VRDs (or Virtual Retina Displays) in which instead of looking at images through a screen like your usual LCD/LED screens, the technology forms the image directly inside your eyes and your brain can interpret it as coming from a wall or even air in front of you. This way, you are able to transform any object into a giant screen – and these technologies already exist.

According a December 26, 2011 article by the Daily Mail, a “Weill Medical College of Cornell University team developed a device that takes information from the outside world and decodes it into a pattern that the brain can ‘read’ as an image”. The device developed by the team was reported to work by “converting the data into patterns of electrical activity for the brain to process”. Two years later, on December 24, 2013, Extremetech reported the unveiling of Avegant Glyph: A 3D VR headset that beams the display directly onto your retina. “In this way, VRD is really closer to augmented reality (AR) than a traditional display, as images are layered over the real world, edited into the larger pattern of light entering your eye from the scene as a whole”, wrote Graham Templeton of Extreme Tech.

As Moore’s Law continue to shape the development of transistor technology allowing doubling of computer power approximately every two years, combined with the ability to harness human energy to power electronics which will lead to elimination of Li-Ion and other rechargeable batteries, and now with the possibility of eliminating the screens to instead use VRDs for visual displays, the smartphones will become so tiny that they will fit perfectly in the circuitry embedded on something like a contact lens, and this will allow us to communicate and perform productivity works e.g. editing of spreadsheets and databases, design works, and coding without the need to carry with us devices – at all.

Smart contact lenses may be what will usher us to a world without smartphones, but developments in the industry are not projected to stop at that stage. Predictions on the future of smartphones abound with many postulating that around 2050, smartphones will exist exclusively in the brain as brain implants, where again those devices will be able to turn objects into giant screens – mainly displaying text and eliminating the need for voice to voice communication.

Just as a reminder, the future of smartphones is Artificial Intelligence – whether the smartphones will be integral part of Virtual Reality (Avegant Glyph), or simply become an Augmented Reality platform (smart contact lenses), and this is why it is important to know where AI is leading us, and the best way to explain this is to finally quote Piachi’s letter to Google’s Shareholders that reads, “The power of machine learning and artificial intelligence –
A key driver behind all of this work has been our long-term investment in machine learning and AI. It’s what allows you to use your voice to search for information, to translate the web from one language to another, to filter the spam from your inbox, to search for “hugs” in your photos and actually pull up pictures of people hugging … to solve many of the problems we encounter in daily life. It’s what has allowed us to build products that get better over time, making them increasingly useful and helpful”. 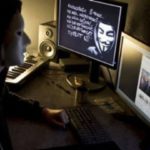 How to hack a phone call using SS7 hack You can send up to shs 4.5 million in a single transaction via SimbaPay