Mohamed Wehliye who is the Senior Vice President, Financial Risk Management, Riyad Bank, Saudi Arabia, is one of the few Kenyans many have considered truly patriotic but not only that – well knowledgeable in Finance and Economics. In March 2016, Mr. Wehliye wrote a beautiful piece in The Daily Nation on how grand corruption starts right from the budget making process. He said, “Padding the budget means making the budget proposal larger than the actual estimates. This is done by increasing expenses so as to be granted approval for an artificially high level of funding for the proposed projects. Some sort of irresponsible foresight where for example public officers will budget to buy biro pens at Sh7000”. To help you understand this and other budget making and implementation processes, Code for Kenya in partnership with International Budget Partnership – Kenya (IBP-K) have created PesaCheck.

Also read: Corruption should be a number one Human Rights issue for Kenyans

To help breakdown the complications of budget making processes and reports around the spending of the public funds by the National and County Governments, PesaCheck was created. To clarify how PesaCheck will help you digest issues related to the budget, Catherine Gicheru, ICFJ Knight International Journalism Fellow with Code For Kenya, asked, “Do the new budget regulations limit the spending power of the Member of County Assemblies as they claim? Is Cabinet Secretary Rotich correct when he says MCAs spending has been capped at 7% of the counties’ budgets? How should we react to that? Is this a lot or a little? Just how plausible is Nyamira Governor John Nyagarama’s promise to reduce joblessness in the county by employing 20 youths from each of its 20 wards?” She answered these questions by explaining that PesaCheck is here to help you and the journalists unravel the hidden agenda behind the buzzwords like “Plunder”, the huge numbers, percentages, and the fancy charts normally used by reporters to explain nothing or very little.

Not only that, but PesaCheck also noted the lack of seriousness with which public servants, civil society, the media and the public at large treat the budget making processes. For example, during the time President Uhuru Kenyatta was the Finance Minister, he presented to parliament a budget that had a glaring shs 9 billion typing error that revealed just how casual that particular budget was made and presented – a situation that led to worrying public confusion.

The above reasons have inspired Code of Kenya and International Budget Partnership – Kenya (IBP-K) to create PesaCheck with a promises to follow the entire budget making process right from the initial stages, provide easy to understand reports throughout the process, help us understand the implications of the budget during implementations stages, and break down for us the annual budget reports by the Auditor General.

PesaCheck intends to be checking the accuracy and relevance of budgetary and/or statistical claims which relate to issues of public interest that are made by public figures and reported in the media. As Catherine Gicheru explains, “PesaCheck will examine and explain to citizens budgetary and public finance issues in a manner which will help them make informed decisions and actively participate in the budget making process.” 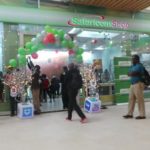 The deduction of Airtime by Safaricom without permission should be stopped