The traffic jam in Nairobi has become so bad that to escape the traffic menace, someone by the name Gatwiri tweeted that the best thing to do is to arrive at work at 6AM and leave at 6.05 AM – meaning you need to have a magical formula that can enable you to squeeze your 8 hours worth of work to fit 5 minutes.

Looks like the only way to avoid Nairobi traffic these days is to get to the office at 6am and leave at 6:05am

In the recent times, attempts have been made by the Nairobi County Government to manage the ever increasing traffic jam in Nairobi but none of the attempted solutions have worked. Most recently, the Nairobi County Government threatened to lock the Public Service Vehicles out of CBD but this is yet to succeed as the PSV owners have resisted the move.

Employees who can, should work from home

Here at Kachwanya.com we have tried to diagnose, suggest and recommend solutions that can deal with the traffic jam in Nairobi once and for all but none of our ideas have been listened to. Realizing that the County Government will not adopt any of the tested and proven working solutions we have thrown their way, I thought it is time to shift the focus from looking at the Government as a policy formulator and implementer to looking at the Government and Private Sector as employers who force employees to travel from home to town in order to work. As the lead employer, the Government can take the initiative and implement solutions that encourage majority of Government employees to work from home and this move alone has the potential to eliminate traffic jam in Nairobi.

I have not seen any research done on this but I take it for granted that majority of those who use private vehicles to drive to work can in practice still work from home as they are not in the manual labour market. According to my valid assumption, most of those who drive to work are people who work in some managerial capacity – people who do not dirty their hands in order to get a job done – people who are always receiving and sending emails, making and receiving calls, attending board room meetings, and asking persons A, B and C to do X, Y and Z alongside receiving and reviewing work progress reports from the same persons A, B and C. They are mostly operations managers, office managers, marketers, HR managers, accountants, auditors, communication executives, and several other white collar workers who account for the majority of the 2.3 million formal employees. They are people who can still effectively deliver even if they were to work from home. They are the ones who cause 99% of the Traffic Jam in Nairobi.

To put this in perspective, Nairobi roads were designed to handle only 30,000 vehicles, yet today, on a daily basis, over 700,000 vehicles travel on Nairobi roads. Given that the PSVs in Nairobi are only around 30,000, then the rest of the 630,000 vehicles are owned or operated by private car owners most of whom are the 2.3 formal employees Kenya currently has. Common sense therefore demands that these extra 630,000 vehicles should be taken out of the roads for the traffic jam in Nairobi to go away – and the best method would be to allow those employees who do not necessarily need to report to work to work from home.

Now let’s agree, if we can have even 50% of those 630,000 vehicles out of the roads by implementing the work from home policy, we shall have given Nairobi roads a very big breathing space, and according to this article on Limiting Matatus to 4000 to control traffic jam in Nairobi that I wrote 2 years ago, creating breathing space on Nairobi roads will allow PSVs to reduce from the current 30,000 to 4,000 forty-seater PSVs which will further enhance easy traffic flow.

One immediate problem an employer will cite as the reason not to allow employees to work from home is the issue of productivity. Employers are likely to complain that an employee working from home is likely to be distracted by family, friends, TV, Social Media and online games, and some other addiction. These complains can further be validated when there is lack of Employee Monitoring methods that can monitor the work progress done by employees working from home.

For an employer to have peace of mind that his or her several employees are comfortably working from home and will still deliver at the same level as when they work from office, he or she needs to have some form of employee monitoring tools, and this is where Cloud Computing comes in.

Cloud Computing is not simply the act of storing and retrieving files from the cloud, but also includes running cloud based programmes to perform tasks. For example, when someone uses Google Docs that is purely online based instead of the Offline Ms Office to create, edit and save Office files, then that person is practicing cloud computing. An apt definition of Cloud Computing offered by Microsoft is as follows, “cloud computing involves storing, processing and accessing data and programs over the internet rather than on local computers or servers.”

Before I come back to how Cloud Computing will solve the problem of traffic Jam in Nairobi once and for all, let me first give the benefits employers particularly SMEs can reap after implementing Cloud Computing solutions – even before they can allow employees to work from home.

Continued in the Next Page. 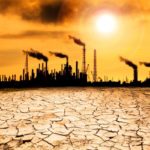