Kenya’s Vision 2030 has lost its flavour. I wonder if there are any Kenyan in high places and in the streets who still get excited by sentences containing the words Vision 2030. Our media stopped telling us anything that’s happening around Vision 2030 and we (tech bloggers) also got tired of waiting for key projects that were meant to be the technological foundation for Vision 2030 like Konza City to take off. Mombasa County seems to have developed cold feet too hence came up with its own vision, Mombasa Vision 2035.

The two documentaries reveal the great vision Governor Joho has for the coastal city. Covering the areas of infrastructural development, education, health, recreation and sport, Mombasa Vision 2035 promises to deliver world class state of the art stadium to be built around Mombasa-Malindi highway, modern world class rail network linked to the Standard Gauge Railway, improved roads that includes bridges that link the island with Likoni, 381,519 housing units to meet the projected housing demand that will result from population growth that will be approximately 2.3 million by 2035, better health facilities, recreational parks, environmental friendly waste management, and a number of other unimaginable promises.

Watching the two documentaries you cannot help but be mesmerized, just the same way you were mesmerized when Kibaki launched the Vision 2030 in 2008 and more recently when the Homa-Bay Governor Cyprian Awiti launched the now forgotten shs 500 billion AgriCity.

I do not want to be pessimistic about the new vision for Mombasa, but if there is anything we can learn from is the Homa-Bay County mega project, and the MachaCity Ambitious Project Machacity. We can learn of how quickly the the two projects were forgotten. By June 2013, Homa-Bay County residents and the rest of the country were very excited over the AgriCity that would have come with construction of  50,000 houses, 500 nutri-domes together with recreation areas, clean power generation, clean water purification, sewage treatment, waste management, modern communication networks including internet and satellite TV and modern road construction built to international standards.

But two years later, it was reported in the media that Oyugi Magwanga raised serious questions over the fulfillment of that ambitious project. The reports stated that once the Homa-Bay County government signed the AgriCity deal with Good Earth Power Limited (GEP), GEP decided to go underground after being paid millions of shillings in deposits.

Machakos Governor Alfred Mutua also unveiled the MachaCity, an ambitious project that was supposed to transform Machakos to a modern world class city that looks exactly as shown in this video. According to the timeline of MachaCity, by April 2015 Machakos was supposed to be like nothing we have ever seen before. One year after the deadline, there is no news about MachaCity, but there are hundreds of news all over about multi-million project launches, multi-billion project launches, and multi-million and billion corruption allegations most of them coming from the mouth of Governor Mutua himself.

As Governor Joho launches the Mombasa Vision 2035 later today, we do wish him all the best and may his well intentioned blueprint survive the murky waters of politics that will splash between now and the year 2035. 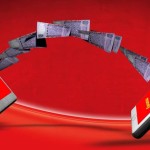 How to buy Airtel Airtime via MPESA