Just like Apple, Microsoft has also taken a defiant move against a court’s order to turn over customer data to law enforcement. Microsoft’s stance has not received much attention as that of Apple but the implications are similar.

Two years ago, the department of justice in the U.S served Microsoft with a subpoena and a search warrant for emails that live in a data center in Ireland. However, Microsoft refuted the order claiming those emails should not be seen by the U.S. government until Ireland passes a consent.

According to Microsoft, data stored by foreign countries cannot be subjected to U.S search warrants. The U.S. government does not have the right go in every country’s server and gather information about people or trying to come with evidence.

The company provides that the proper legal channels like mutual legal assistance treaty must be followed.

However in August, a judge rejected Microsoft’s argument. The judge provided that since the emails can be transferred to US with a click of a button, the search would actually occur in the US. Microsoft decided to appeal the court’s decision.

The case above involves drug dealing and the suspects involved are not American. The question that many people ask is; why haven’t the US prosecutors asked Ireland for the emails?

Ideally, the cloud computing business across the globe must be protected since most companies and individuals prefer storing their information in data banks and other cloud systems. Microsoft stipulates that the emails stored in Microsoft’s server firms are secure and their client’s confidence must be uplifted.

On the other end, Apple said that its customers are given utmost priority when it comes to protection from hackers and governments. Their iPhones cannot be accessed by a second party through backdoors. 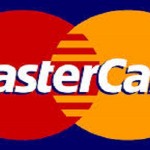 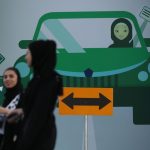