I will never again see my son’s first dance, a dance he did when he was only eight months old. That dance wasn’t important because it was his first, nor was it memorable because he did it so well, but mainly because it revealed a rare talent that I now know he has – a talent that a good friend described as the ability to “sniff out good music from afar”. This I now know because he danced to a music he was hearing for the first time. Music that a few hours before the dance I had classified as crap. It was the just released Holy Grail by Jay Z featuring Justin Timberlake. Holy Grail would turn out to be a multi platinum hit within months.

Even though my first laptop got lost, the second got old, the third crushed, the fourth didn’t last a month and now I’m on the fifth, there is no time during laptop change over have I lost any valuable work or personal files except for music, videos and photos. This is because for every Microsoft Office Document that I save as complete, I always save a backup on Google Docs. But I have not been able to do the same with videos, music, and pictures due to the high cost of Internet access in Kenya.

As the cost of Internet access remain high, data backup solutions like those provided by Google Drive, OneDrive and Dropbox will continue to be shunned by Kenyans who generate huge data volumes but are at the same time mindful of the cost of daily business operation. A typical Kenyan will therefore rely on external storage devices like external hard disks. It is not just the cost of Internet access that will drive many Kenyans away from backing up their data online, but also bandwidth availability for fast and reliable data transfer to the cloud remains an important barrier to online data backup solutions, and this is why data backup by a local data hosting company like Compfix come in handy.

About two weeks ago I narrated a story of how data backup on external hard disks can be unreliable, and for that reason I recommended backing up data online on platforms such as DataBank. I also outlined the benefits of using databank that would include the fact that Databank does perform regular Cyclic Redundancy Checks to ensure that backed up data will be error free when doing restoration. The beauty of using DataBank doesn’t end there. For those who generate huge amounts of data, or those who do not have enough Internet bandwidth for faster Internet access, they can simply save their data on external storage devices, encrypt using the DataBank’s 256 encryption algorithm, and send the external storage device to Compfix offices who will on theif behalf backup the data to their DataBank accounts.

That type of solution cannot be accessed by those who rely on Google Drive, OneDrive or even DropBox for their data backup solutions. However when you use the locally available data hosting service as provided by Compfix’s databank, then you can be sure that the cost of Internet access or Internet speed cannot be a barrier to the recommended constant data backup.

The data encryption provided by DataBank also ensures that your worries on whether giving Compfix your external hard disk or flashdisk is taken care of. A 256 bit encryption is such a powerful encryption technique that the possibility of decryption happening within your lifetime is technically zero. 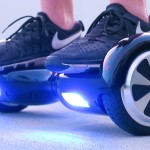 Hoverboards are not safe