Three months ago, Samsung was banned from using patented Apple features. The two companies settled their dispute in court and Samsung came up with a reasonable amount of money to pay Apple. Samsung and Apple filed a document on Thursday. In the document, Samsung is willing to pay Apple $548 million in damages awarded to the iPhone maker following a 2012 decision that found that Samsung had violated key Apple patents. At the time, the jury came up with an award of more than $1 billion in damages, but that has been reduced to almost half the amount.

The two companies are fighting to uplift their outstanding legacy in the tech industry. Most surprisingly, Apple and Samsung are partners, so it’s weird to see two partners battling out in court. Apple and Samsung have a good relationship since Samsung is a trusted supplier of processors and screens for Apple.

In the joint filling, Samsung is willing to pay Apple $548 million 10 days after Apple sends it an invoice. But the South Korea-based phone maker added that it wants the right to be reimbursed any amount in the event a partial judgment on the case is modified or set aside on appeal. Further, Apple has filed an appeal on its pinch-to-zoom ‘915 patent, which the US Patent and Trademark Office invalidated last December, a factor that could affect the amount of damages. Reports CNN.

“We are disappointed that the court has agreed to proceed with Apple’s grossly exaggerated damages claims regardless of whether the patents are valid. While we’ve agreed to pay Apple, we remain confident that our products do not infringe on Apple’s design patents, and we will continue to take all appropriate measures within the legal system to protect our products and our intellectual property.” Samsung said.

On the other hand, Apple disputes Samsung’s asserted rights to reimbursement. The company wants Samsung to pay $1.8 million in court costs. However, Samsung has no intention of paying that amount.

A patent expert, Florian Mueller from Foss Patents, predicted that the case will not end soon since the filing also notes that a settlement conference took place on November 2, 2015 and ‘did not result in settlement.”

Many companies always find themselves in such predicaments forcing them to use huge amount of money to cover their trails or pay legal fee. Samsung and Apple have amazing products and the two want to top the list by selling more and winning the customer’s trust. 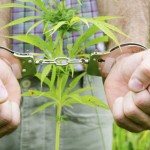