Hackers have declared war on ISIS. The Islamic militant group claimed responsibility over the brutal attack that took place in Paris attracting the attention of many nations and individuals.

It’s widely known that terrorists are now using the internet as a centric point to shop for members. Many countries including Kenya have fallen victim of such acts where terrorists recruit using social networks. Over the years, ISIS has been using the Internet to recruit new members from around the world and to share brutally mutilated images of executions and other violence.

A hacking group dubbed Anonymous have declared war on ISIS. Anonymous has users who hack and spread leaked information, the group announced in a series of tweets and a YouTube video that it wants to steal information from that Web traffic and force ISIS into Internet obscurity. Currently, there’s #OpParis campaign on Twitter that aims to strip ISIS off the internet.

The hackers published the video on Sunday. A creepy figure covering the face with a weird mask said,”expect massive cyber attacks. War is declared. Get prepared.” Majorly, Anonymous is an established ethical hacking group that expose individuals and companies that go against the stipulated moral lines. Their attacks involve leaking documents and taking down websites with a form of attack called distributed denial of service, which overwhelms websites with too many requests.

Anonymous is also known for attacking governments. In 2011, the group attacked Tunisia following reports of censorship during the Arab Spring uprisings.

The war between ISIS and Anonymous started a long time ago, but the recent attacks pissed them off. The hackers started targeting ISIS earlier, especially after gunmen opened fire at the offices of French satirical magazine Charlie Hebdo in January, killing 12, according to cnet.

#OpParis is currently trending on Twitter to support the hackers. Reports claim Anonymous has already taken down around 3,824 ISIS Twitter accounts. ISIS has been using the accounts to expose executed journalists and other illegal attacks. In addition, ISIS used to encourage people to leave their houses and fight with them.

Governments and intelligence agencies have been monitoring the recruitment websites but they are not effective. Anonymous has a mission to amplify the efforts with its brand of crowdsourced hacking, nevermind the law.

Many people support the group because it brings solidarity and hope to the victimized families since justice will be served. However, some people think it’s a bad idea, “how exactly do they plan to stop an international terrorist organization that has been able to plot attacks regardless of the mass-spying by governments around the globe?” Discordian wrote on a text-hosting website called Pastebin.

In support of Anonymous, Stu Sjouwerman, founder and CEO of cybersecurity company KnowBe4, is optimistic that Anonymous will be successful. “I wish Anonymous good luck with this campaign,” he said. The title ‘Hackers have declared war on ISIS’ is doing rounds on every website as a show of support. 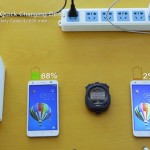