Sometimes smartphones can be a nightmare especially when the battery is reading 10% and you are following a trend on Twitter. Well, some tech gurus decided to come up with power banks which are not that helpful given that most of them don’t even have an account to store enough power. To solve this shortcoming, Chinese tech giant Huawei has unveiled two prototype removable lithium-ion batteries that can recharge in minutes, using a bespoke charger.

Huawei provides that the lower capacity battery can powered up to 68% in two minutes. However, it’s not big enough to run a smartphone for long. The higher capacity one charged by 48% in five minutes and could provide up to 10 hours of talk time. Huawei has made a huge milestone with this development given the fact that most tech companies are still struggling to find a solution in improving battery life.

Sometimes back Lenovo unveiled their super P70t. The device can store power for 46 days. Amazing right? Besides that, Samsung introduced the Ultra Power Saving Mode that enables users to survive with their phones for a week without charging. Other companies like Apple are also trying to come up with solutions in their own way.

BBC reports, an Israeli start-up Storedot unveiled a fast-charging device at the beginning of the year which it hopes will eventually be able to charge any smartphone battery in under one minute. Scientists are also researching alternative battery materials to the traditional lithium-ion such as aluminium and graphene. Huawei says it used heteroatoms – atoms which are not carbon or hydrogen – which the firm claims can increase charging speeds without affecting the battery’s overall lifespan.

“Everyone in the world – consumers and all the manufacturers – would benefit from some unforeseen breakthrough in battery chemistry technology,” Microsoft president said. “At the moment everyone is getting interesting incremental benefits from changes in lithium-ion batteries but fundamentally there hasn’t been a Moore’s Law type curve for battery improvements and I think that would be something everyone would benefit.”

Huawei has a plan to extend the technology to wearables and electric cars which will be used across the world. I believe the batteries will revolutionize the way machines work since it will be possible to charge an equipment on the go. Other quick charging tech developments have focused on the use of new materials, but Huawei’s batteries are made from the same material as that used in current phones – lithium-ion.

Also read:Google’s New Chrome Is Faster And Able To Save Battery 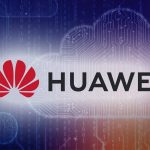