Today I have gone through almost every phone on Jumia, which is unusual. Who reads these things for a living? Me! Let’s call it ‘online window shopping’. One thing I am sure of, I can answer any question, but it has to be smartphone related. Apparently, the online shopping mall, Jumia has 4432 mobile phone accessories, 620 smartphones, 54 feature phones and 10 phablets. Thank my wit later, but for now check out this list.

This phone is referred as the president. I think that’s the company’s inside joke. Smart A98 has a great value of money compared with other smartphones in the market like Samsung Galaxy J1 and Infinix Hot 2. The phone houses a 5 inch Screen size, Quad Core 1.3 GHz Cortex-A7 processor, Android 4.4 operating system, an Internal storage of 8GB, 1GB of RAM and a 5 MP Primary camera complemented with a Secondary camera of 1.3 MP. That’s a quick rundown! However, people say it’s dumb when it comes to gaming and multitasking, so if you want to be the judge, go on Jumia and order since it goes for Kshs 7,499 only. X-TIGI launched this phone on Jumia last month attracting many buyers. The phone has incredible features and a favorable price. Take note, besides the company’s authorized dealers, the phone can only be bought on Jumia. Don’t buy the fake X-TIGI on Luthuli. The fake ones die after a week. The genuine device features a 5.5” screen, 8GB internal memory, 1GB RAM, 8 megapixel and 5 megapixel back and front camera respectively. In addition, the phone runs on 4.4.2 KitKat Operating system with a 1.3 GHz processor and the battery capacity is mind blowing. It comes with a 3100mAh battery that can support a 15 hour non-stop usage.  The phone goes for KSh 8,999 on Jumia. This phone was launched three months ago and it’s doing well in the market. Currently, this is the best budget phone in Kenya going for KSh 24,499 on Jumia. It’s powered by 1.2GHz quad-core Qualcomm Snapdragon 410 processor and comes with 1.5GB of RAM. The phone packs an 8GB of internal storage that can be expanded up to 128GB via a microSD card. If you like quick photos, the Samsung Galaxy J5 packs a 13-megapixel primary camera on the rear and a 5-megapixel front shooter for selfies. This phone has the best camera…check the photos here. Tecno Camon C5 is one of the best phones Tecno has ever produced. It houses a 5.0 inches display with 720 x 1280 pixels, 294 pixels per inch, an 8MP primary camera, an internal storage of 8GB, it also uses the latest 5.0 Lollipop operating system and a 1GB RAM. To add on those features, the phone is powered by a 2500mAh battery. If you want a good Tecno phone, I would advise you to buy the Camon C5. The phone goes for KSh 12,499 on Jumia. This phone was launched last year by Google and it’s meant for developing countries. According to Google, the phones are very cheap and suit Africans. Well, I can’t disagree.  The phone is packed with some high end features which make it the best budget phone on our list. Those are the five new budget and mid range smartphones at Jumia Kenya this week. Next week we’ll update you on the latest smartphones. Since there are tens to hundreds of smartphones that get listed at Jumia every week, you may alert us if you notice a phone you would like us to review and feature in this list. 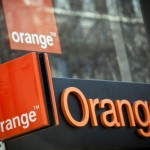 There is no need to ditch Orange Kenya - not yet A new online toolkit launched to manage your PR