Microsoft has been unveiling amazing budget phones that have impressive features after it acquired Nokia’s devices in April 2014. On Tuesday, the company launched the Microsoft Lumia 550 budget 4G smartphone. Lumia 550 was launched alongside the flagship models – Lumia 950, Lumia 950 XL, Microsoft Band 2, Surface Pro 4 and the Surface Book.

Microsoft Lumia 550 comes with a 5-megapixel autofocus rear camera with HD video recording, LED flash, and an f/2.4 aperture, apart from a 2-megapixel sensor placed upfront with an f/2.8 aperture and 480p video recording. The rear camera hosts features such as auto/manual exposure, geotagging, and touch focus. I think the camera can be compared with Samsung Galaxy J1 camera.

Also read:Tecno partners with Intel and Microsoft in the launch of its first PC WinPad 10 2in1

The phone’s design looks alike as the previously launched Microsoft Lumia handsets. The model has a lock button and volume buttons on the right side, headphone jack at top, and a speaker at the lower back panel corner. The phone measures 136.1×67.8×9.9mm and it’s available in Black and White.

Microsoft Lumia 550, unlike the launched high profiled Lumia 950 and Lumia 950 XL, features a Micro-USB port instead of USB Type-C. The 4G LTE-enabled Microsoft Lumia also comes with the following wireless connectivity options; Bluetooth 4.1, USB 2.0, Wi-Fi 802.11 b/g/n with hotspot functionality, FM radio, and A-GPS. It comes backed by a replaceable 2100mAh battery, which as per Microsoft delivers up to 28 days of standby time, 16 hours of talk time in 2G, 14 hours in 3G, and 17 hours in 4G. The phone is equipped with an ambient light sensor, accelerometer and proximity sensors.

The phone will hit the market in December at $139(roughly Kshs 13,900). The phone is incredible and I believe most Kenyans will love it since it has relatively impressive features that match the other budget handsets.

Also read:Five Kenyan NGOs to benefit from Microsoft’s #UpgradeYourWorld initiative with grants up to $500,000 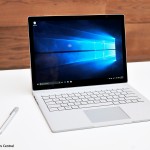 Artificial Intelligence Is The Next Major Phase Of Computing