In 2014, Google under the leadership of Sundar Pichai launched Android One, a stock Android programme for consumer devices that meet specific standards as dictated by Google. The consumer devices are those meant for people buying their first Android smartphones and/or those living in developing countries hence may not be able to afford the high end expensive flagship smartphones like the Samsung Galaxy S or Galaxy Note series. Since 2014, Android one has launched in India, Bangladesh, Nepal, Indonesia, the Philippines, Sri Lanka and other South Asian countries. This year, Android One was introduced in Africa using a phone from Infinix Mobility – The Infinix Hot 2 otherwise known as Infinix X510.

As all other Android One smartphones, Infinix Hot 2 is considered as a high end computing device as it is packed with some neat features that provide seamless productivity and functionality. As an Android One device, Infinix Hot 2 is a gadget that even Sundar Pichai, who is currently the Chief of Products Division and the upcoming CEO of Google, can use as his primary phone. I am currently using the device as my primary smartphone.

Screen – Infinix Hot 2 has a 5.0 inches IPS-LCD screen; which is a screen technology that slightly compromises on quality if compared against Samsung’s Super AMOLED technology but still way better than the standard LCD and TFT based screens. The 720 by 1280 gives the screen a 720p HD resolution at a pixel density of 293.7 ppi, a pixel per density that’s slightly below the recommended minimum of 300 ppi for retina HD experience. But that should not bother you at all. Watching videos and playing games on Infinix Hot 2 doesn’t feel any different from any other 720p screen – even if the 720p has a smaller screen size of 4.5 inches that would give the small inch screen a higher ppi. The screen on Infinix Hot 2 is protected by a nice and smooth feeling glass dubbed the Dragon Glass. The glass is not as strong as the corning gorilla glass 3 or 4 that powers the very high end devices, but when you are a careful user, the protection provided by the Dragon Glass should be sufficient.

Memory and RAM – The beauty of Infinix Hot 2 is that it comes with a 16 GB RAM. Compare that to a phone like Microsoft Lumia 640 which costs more than two times the price of the Infinix Hot 2, and you will see why this is very important. Microsoft Lumia 640 comes with only 8 GB of RAM out of which you will only be able to access 3 GB for your storage needs. Infinix Hot 2 on the other hand gives you more than 10 GB for storage. The RAM on Infinix Hot 2 is also quite standard at 1 GB. There is also a version that I haven’t seen locally but is available in Nigeria that comes with 2 GB of RAM. With Infinix Hot 2 therefore, I hardly doubt if you will ever need to add an external memory card – unless you are one of those who save all favorite songs, never deletes photos even the bad ones, and takes numerous cat videos.

Processor – Like every other Android One smartphone, Infinix Hot 2 is powered by a MediaTek processor clocking at 1.3 GHz and is quad-core. Having experienced the phone for more than a week, I can attest that the processor delivers as expected. Apps open fast, smooth, and at no time have I experienced lag or hang. Gaming on the device is also seamless and effortless thanks to the 5.0 inch screen and the powerful processing power.

Operating System – Infinix Hot 2 is an Android One device, meaning it is powered by the latest Android OS currently being Android 5.1.1 Lollipop. That also means that the phone does not have the buggy OEM add-ons that always include unnessary bugs and unwanted Apps as it runs on stock Android. To emphasize, I always find myself disabling over 20 Apps on Samsung devices most of which are replication of already existing Google Apps; but with the Infinix Hot 2, I have only disabled two Apps – that is Google Play Games and Google+, Apps that most of you can find useful. I also uninstalled two Apps that came pre-installed, not by Google, but by Infinix Mobility. If the Apps were pre-installed on customized OS by OEM, then I couldn’t be able to uninstall them – I would only be able to disable them. It is also important to state that Google has direct support for Infinix Hot 2 when it comes to OS upgrades and security fixes. This means that when Android Marshmallow get launched, then the Infinix Hot 2 users, alongside Nexus device users, will be one of the first to receive the upgrade.

Connectivity – Infinix Hot 2 comes with GPRS, EDGE and 3G Internet connectivity alongside WiFi, Bluetooth 4.0 and microUSB 2.0. Talking about the 3G Internet, it is listed that the phone supports WCDMA and HSPA although I haven’t seen the phone supports H or H+ high speed 3G Internet. The 3G Internet also has a slight setback in that you will be unable to lock the phone on the 3G network in case you live at a place with weak 3G network signal. Infinix Hot 2 also supports Internet tethering but this consumers a lot of battery so I use it by ensuring that the phone is always on charge.

Camera – The main camera on Infinix Hot 2 is an 8 MP shooter that performs exceptionally well. The daytime high resolution photos are stunning (see image below) whereas its performance at night is better than all phones I have ever owned. It has a flash light that is not as powerful compared with the flash you would get in most high end devices, but that doesn’t prevent the phone from capturing better than average images at night. The selfie 2 MP camera is not as good if you were to compare it with the 5 MP camera standard that have been set by 2015 smartphones. The camera also support a blur lens feature, which lets you to blur the background so that the subject stands out. I am still learning how to use the feature as a pro; once I get it right, I’ll share with you some of the stunning pictures I shall have taken. Battery – When I heard of the Infinix Hot 2 having specs similar to those of Infinix Hot Note, I got thrilled. I thought that the battery would be as premium as that found on the Hot Note but to my disappointment the Hot 2 has only a 2200 mAh battery – it would have been better for Infinix to have fit a battery of close to 3000 mAh which is technically possible given the 5.0 inches screen. The battery on Infinix Hot 2 might be slightly better than what you would find in the Infinix X507 but again after using the phone for more than a week, the average use time (at normal use) is about 8 hours. The advantage with the Hot 2 is that you can set the battery saver to achieve more than 24 hours of use. When the battery saver is on, not only do you save on power but you also save lots of data. This is because the battery saver works mostly by disabling almost all background data use (so don’t expect notification from your favorite Apps like Facebook and WhatsApp) alongside optimizing on screen brightness and other background processes.

Price – As I mentioned above, one would be tempted to compare Infinix Hot 2 with phones like Microsoft Lumia 640 and Samsung Galaxy J5 that have close to similar specs except that those two phones have better screen protection and support 4G Internet. However, they cost more than Kshs 19,000 and more than Kshs 20,000 respectively. Infinix Hot 2, despite its slightly low screen technology and protection and the disappointing battery capacity, it costs only Kshs 9,000 at Jumia Kenya. Previously, the phone retailed at Kshs 18,000.

Verdict – As already said, Infinix Hot 2 is a phone that the upcoming Google CEO can comfortably use as his primary smartphone. The phone provides high level computing capabilities given the specs it comes with, is integrated with Google Products seamlessly and comes at an amazing low price point. On the flip side, the Internet connectivity especially the 3G connectivity requires stable Internet and the battery performance is way below the standards already set by 2015 Microsoft Lumia devices and Infinix Hot Note. 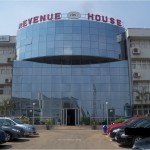